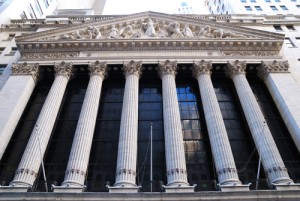 Undoubtedly many of you wonder why there hasn’t been a bigger run of venture-backed IPOs this year given the bull market and the improving U.S. economy.

The mystery deepens with the realization that most new venture-backed stock offerings have so far done well.

I don’t pretend to have the answer. But I do know this: 2013 has presented venture-funded startups with a relatively welcoming environment. Twenty-five initial public offerings have been completed so far, according to data from peHUB publisher Thomson Reuters, and 17 of them, 68%, are trading above their offering price.

Tableau Software is a big winner in IT. So are Rally Software Development and Marketo. Gigamon, Model N and Xoom have had favorable showings. All of the companies were 39% to 78% ahead of their offering prices as of market close Tuesday, according to a peHUB analysis.

Those that have struggled include Marin Software, Cyan and Gogo.

On the life sciences side, biotech companies Epizyme, Bluebird Bio and Chimerix have done well. So has Portola Pharmaceuticals. KaloBios Pharmaceuticals and Ambit Biosciences have not, and neither has diagnostics company LipoScience.

Silver Spring Networks turned in a solid performance so far as a cleantech company, but BioAmber failed to impress.

Among the most active VCs are New Enterprise Associates, in five deals, and Kleiner Perkins Caufield & Byers, ARCH Venture Partners and Sofinnova Partners, each in two.

Many observers expect a pick up in deals later this year. If the first half is an indication, the reception should be good.

For a table of venture-backed IPOs from 2013 and their performance, VCJ subscribers can click here.