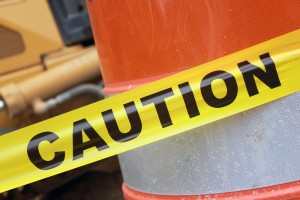 Venture investing fell in 2012 for the first time in three years as global economic uncertainty combined with a soft fundraising environment to spark caution in the general partners.

U.S. investors poured money into software and Internet startups at levels nearly unseen in a decade, but scaled back funding for life sciences and cleantech companies at a significant pace due to regulatory hurdles and weak exit markets for green companies.

The restraint will probably continue this year. “It’s likely we’ll see fewer dollars invested in 2013,” predicted Mark Heesen, president of the National Venture Capital Association, on a conference call. “There will be fewer me-too deals.”

The year is the fifth in a row where investments made have exceeded money raised.

For 2012, venture capitalists put $26.5 billion to work in 3,698 deals, a decline of 10% in dollars and 6% in deal flow, according to the MoneyTree Report released Friday by PricewaterhouseCoopers, the NVCA and Thomson Reuters, publisher of this blog. For the fourth quarter, $6.4 billion went to 968 deals, a 14% decline in dollars from a year earlier, the report found. Average quarterly deal size was the lowest of the year at $6.6 million.

The top investment category for the year was software, where $8.3 billion went to startups, the most since 2001. Internet companies received $6.7 billion, down 5% from last year, but the second highest dollar total also since 2001.

On the other hand, biotech and medical devices investing slumped 14.5% and cleantech investing tumbled 28% in dollars, the MoneyTree Report found. For the fourth quarter, cleantech investors put $535 million in startups, down 59% from a year ago.

The top five deals of the year were:

In a separate study, PitchBook put the 2012 venture investment total slightly higher at $27.8 billion, down 19% from 2011. It said a slow second half pulled down investing along with a 50% decline in the number of venture deals of $100 million or more.