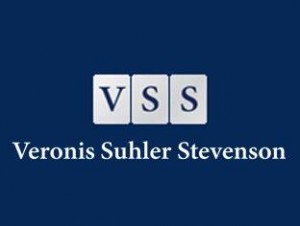 Scott Troeller, a partner with the mid-market buyout firm Veronis Suhler Stevenson, has announced he is resigning from the firm and from the boards of at least three portfolio companies, Buyouts reported earlier today.

An April 20 regulatory filing by publicly traded portfolio company Cambium Learning Group Inc. disclosed that Troeller had announced his resignation both from the firm and from his position as chairman of that company’s board. The filing said that his resignation from the chairman’s position was effective on April 20.

Cambium’s board appointed David Bainbridge, a managing director with Veronis Suhler Stevenson, to replace Troeller as a director on the board.

“Mr. Troeller’s decision to submit his resignation was not the result of any disagreement with the company on any matter relating to the company’s operations, policies or practices,” the filing stated.

The split was amicable, and Troeller is leaving “to pursue other opportunities,” Bainbridge told Buyouts. Bainbridge said he wasn’t aware of a specific date that Troeller’s departure from Veronis Suhler Stevenson would be effective, and Troeller’s voicemail was still active on April 24. But his name does not appear on Veronis Suhler Stevenson’s Web site.

Troeller also is stepping down from other board positions, Bainbridge said. Besides Cambium, Troeller sat on the board of at least two other portfolio companies, DOAR Communications Inc. and SHL Group, according to the Thomson One database.

Founded in 1981, New York-based Veronis Suhler Stevenson invests in buyouts, growth financings and mezzanine investments in mid-market companies, typically in the media, communications, education and health care sectors. The firm raised $1.3 billion in commitments for its latest buyout fund, VSS Communications Partners IV LP, a 2005 vintage fund, and more than $300 million for its most recent mezzanine fund, VSS Structured Capital II LP, in 2009. Fund IV had generated an investment multiple of 0.79x and an internal rate of return of -6.3 percent as of Sept. 30, 2011, according to the New York City Fire Department pension fund. The limited partner had contributed more than $2.45 million of a $2.5 million commitment by that date.

A former media-focused investment banker with JPMorgan & Co., Troeller joined Veronis Suhler Stevenson in 1996 and was a member of the firm’s executive committee and investment committee for each its private equity and mezzanine debt funds, according to biographical information on Capital IQ. He was involved in all aspects of the firm’s activities, including new business development, portfolio management and fundraising, according to that bio.

It was only in November of last year that Troeller helped announce the departure of Cambium’s president and co-founder, Dave Cappellucci. Bainbridge and Chris Cleveland, an investor contact for Cambium, said the departures are not related. But, Cleveland conceded, “I’m sure [Veronis Suhler Stevenson] would like our stock to be performing better.”

The company’s shares were trading at around $2.31 apiece on the afternoon of Tuesday, April 24. Bainbridge said that share price was normal for a “small float” public company.