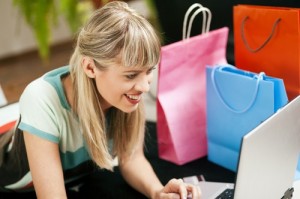 Victoria, British Columbia-based Pretio Interactive Inc., developer of a platform that connects users with rewards from top brands, has secured an undisclosed seed-stage financing from Canadian venture capital firms Wesley Clover International and Yaletown Venture Partners. Founded in 2012, Pretio is a graduate of entrepreneurship accelerators Accelerate Tectoria and Alacrity Foundation. Proceeds from the investment will allow the company to expand its sales activities, refine its services and make additional hires.

Pretio Interactive is pleased to announce that it has received funding from two top venture capital firms to support the growth of its business. The investment by Ottawa-based Wesley Clover International and Vancouver’s Yaletown Venture Partners marks the latest in a series of significant milestones for the Victoria-based company.

Founded as RewardsDen in early 2012, Pretio was accepted into two of Canada’s leading entrepreneurship accelerators – Accelerate Tectoria and the Alacrity Foundation – where it honed its unique offering and brought new members into the team.

Its proprietary platform connects valuable user actions – such as social sharing, commenting and revisiting – with targeted, real world rewards from top brands – such as 1-800-Flowers, TOMS and SkyMall – giving publishers a robust engagement tool without the liability of a rewards catalogue. In its first year, Pretio’s 4 million users experienced 100 million reward moments across its network of North American partner websites.

“We are particularly pleased to make this investment in Pretio as it represents the essence of my philosophy of entrepreneurship: Customer-led innovation, multi-disciplinary teams and lean deployment,” said Sir Terence Matthews, Wesley Clover Chairman. “I have personally watched the team for some time and look forward to helping them leverage the Wesley Clover group’s network of companies and customers for even greater success.”

Brad Johns, Partner with Yaletown Venture Partners, said, “The Pretio team has done a great job building a compelling platform in a sector that is seeing significant growth. Most importantly, they have already attracted solid publishing and brand customers and demonstrated real value to their users. Yaletown is excited by this space and this team.”

Victoria-based entrepreneur, Tyrone Sinclair, along with UVic students, Alim Jiwa and Rob O’Dwyer, founded Pretio. Pretio board member, Jim Hayhurst, has been named President of the company as it enters its growth phase.

“We are grateful for the confidence that both Wesley Clover and Yaletown have shown in our team,” said Hayhurst. “This investment will allow Pretio to expand our sales activities, refine our most profitable services and attract more great people to build our company with the velocity that comes from the deep experience of such shareholders.”

About Pretio Interactive – pretiointeractive.com
Pretio Interactive is changing the way online publishers, brands and users interact with each other. Pretio was created in response to the frustrations that publishers, blog networks and other online content producers experienced with traditional loyalty and rewards programs. Its simple-to-use widget connects valuable user actions with targeted rewards from top brands, giving publishers a robust engagement and monetization tool without the liability of a rewards catalogue. Pretio has millions of users who consume content and interact with digital newspapers, blog networks, apps, and games across North America.

About Wesley Clover – wesleyclover.com
Wesley Clover is a private equity and investment management firm with active interests in Information and Communication Technologies, Digital Media, Real Estate and Leisure Properties. As an angel investor in new technology start-ups, Wesley Clover has developed a unique model that leverages the many decades of experience and knowledge of a veteran management team while creating career and business opportunities for selected college and university graduates as well as experienced professionals.

About Yaletown Venture Partners – yaletown.com
Yaletown is backed by leading institutional investors and a network of successful technology entrepreneurs, executives, and angel investors. Yaletown leverages an extensive on-the-ground network to seek out the most promising early stage Cleantech and IT companies. Founded in 2002, Yaletown is led by a team that brings together industry relationships and more than 120 years collective experience building and financing technology companies. Yaletown Venture Partners is headquartered in Vancouver with offices in Calgary and Seattle.