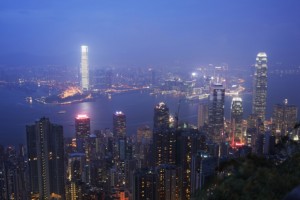 In the next installment of our ongoing series of the secondary market view of private equity funds, we have a list of the 25 most sought-after Asia-Pacific funds from secondary intermediary Setter Capital (via www.SecondaryLink.com).

We’ve already explored the most sought after U.S. and European buyout funds, as well as popular venture capital funds. I find these lists instructive as a way to get a sense of how the market feels about certain GPs.

The U.S. buyout list showed us that smaller, middle market funds that seldom hit the secondary market were garnering a lot of attention. The venture list revealed that no venture capital group achieved Setter’s highest popularity rating, mainly because venture GPs are less likely to approve the transfer of LP interests to investors outside their preferred investor base.

Now we have the list of sought-after Asia-Pacific funds. Funds on this list can generate a “feeding frenzy” from potential secondary buyers, but vehicles that are unrated generally garner little interest among buyers, according to Rob McGrath, co-founder of Setter Capital.

Secondary buyers of Asia funds want brand names, firms with track records, and beyond that it’s very hard to inspire any interest, he said.

This is a different dynamic from U.S. LBO funds, he said, where highly ranked funds might price at a premium to net asset value, or at least par, and less known funds might come in ten percent lower on average.

“There are funds out there that aren’t rated, where you have to push buyers to the table,” McGrath said. “It’s the difference between things going for par or a premium and going for 70 to 80 cents.”

As a reminder, Setter’s ranking is based largely on the number of buyers that have expressed strong interest in these specific funds, though other factors do come into play. Funds are given a Setter Liquidity Rating, which is a relative measure of their salability and buyer demand. The most liquid funds receive a rating of Excellent, Very Good or Good, while all other funds are simply classified as Unrated.

See the full list here 25 Most Sought After Asian funds on the Secondary Market or go to www.SecondaryLink.com to see those that didn’t make the list.