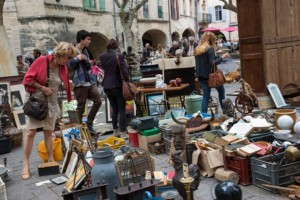 Back in March we ran a piece about the 50 most sought after U.S. buyout funds in the secondary market compiled by secondary broker Setter Capital. While unsurprisingly, brand name firms like The Blackstone Group and Bain Capital were high up on the list, some smaller and mid-sized U.S. LBO funds also garnered high demand.

Setter has now published a list of the 25 most sought-after U.S. venture capital funds on the secondary market, a report generated via www.SecondaryLink.com. As a reminder, Setter’s ranking is based largely on the number of buyers that have expressed strong interest in these specific funds, though other factors do come into play. Funds are given a Setter Liquidity Rating, which is a relative measure of their salability and buyer demand. The most liquid funds receive a rating of Excellent, Very Good or Good, while all other funds are simply classified as Unrated.

A big difference between the VC list and the buyout rankings is that no VC firm achieved an Excellent ranking. This has to do with a unique aspect of the venture market — venture GPs are less likely to approve the transfer of LP interests to investors outside their preferred LP base.

“Much as you might have a line around the block to get into a firm like Kleiner Perkins, how many LPs could get a transfer and how cooperative will the GP be?” said Rob McGrath, a co-founder of Setter Capital. “That sort of confines you to just the approved buyers.”

The other dynamic that affects venture secondaries, but which is changing, is demand in the market. Demand for private equity funds has been strong, but venture demand has increased only recently, McGrath said.

“Venture is now very much in demand, I wouldn’t have said that outside of really top tier names half a year ago,” McGrath said.

And while restrictive, venture GPs’ tight control over their LP bases isn’t necessarily detrimental to a seller, because the approved universe is likely large enough and “aggressive” enough to ensure a fair and full price, McGrath said.

For the full list: 25 Most Sought After US VC funds on the Secondary Market. 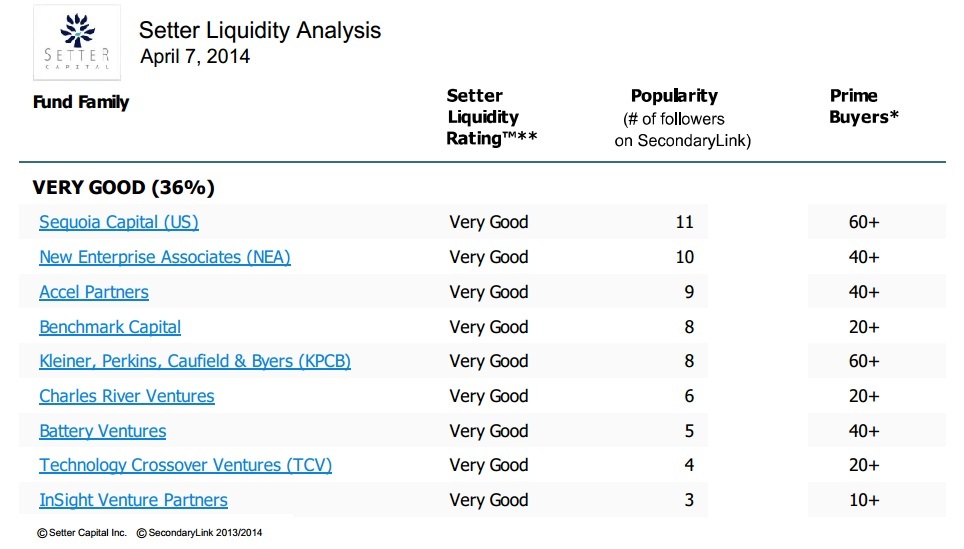 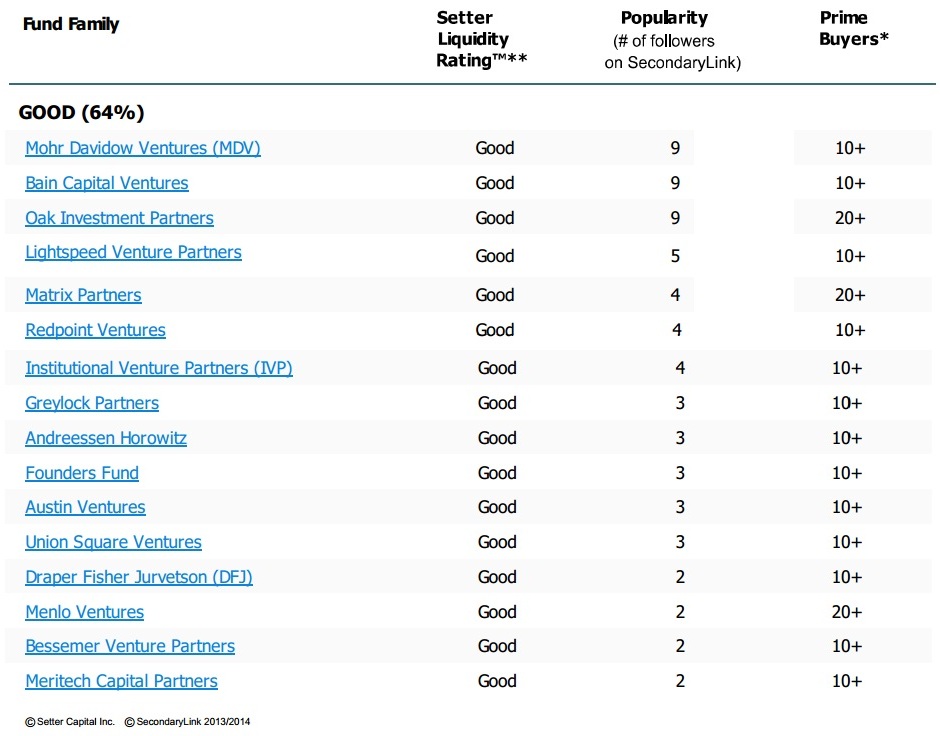