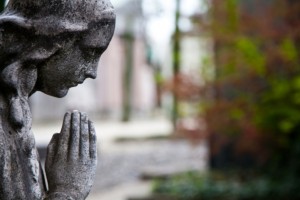 Villalobos’ attorney told the U.S. District Court in San Francisco on Wednesday, Jan. 14, that his client had died, according to the Sacramento Bee, as reported by Reuters news service. The newspaper quoted a police official in Reno, Nevada, saying the death was being investigated as a suicide. Over the past five months, Villalobos’ health had declined and he had become incoherent, according to a brief filed with the court earlier this week.

Villalobos’ attorney and the Reno Police Department did not immediately return calls to comment.

Villalobos, whom the FBI in August had said was living in Reno, was facing trial next month for charges of bribing a chief executive of the California Public Employees’ Retirement System, the country’s largest public pension fund, and for faking documents to gain million of dollars in investments fees.

Earlier this week, attorneys for Villalobos argued he was not physically or mentally fit to sit through a trial, after his deteriorating health had resulted in numerous emergency room stays, court filings show. In a phone call with his lawyers earlier this month, Villalobos had difficulty communicating and following the conversation.

Buenrostro is scheduled to be sentenced in May.

Federal prosecutors alleged in the indictment that Villalobos had engaged in a conspiracy to commit corruption, defraud the United States, conceal materials and conspire to commit mail and wire fraud.

In his plea agreement, Buenrostro said Villalobos had hosted Buenrostro’s wedding at his home in Nevada, flew the CalPERS chief to Dubai, Hong Kong and Macau, and provided valuable casino chips to now-former CalPERS board members.