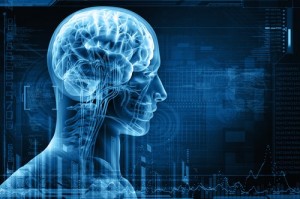 Vince Owens, a 25-year medical device industry executive and the founder and managing general partner of US venture capital firm Guide Medical Ventures, has joined the board of directors of Functional Neuromodulation, Ltd. Toronto’s Functional Neuromodulation, which focuses on advancing innovative neuro-modulation technologies for the treatment of cognitive and memory disorders, has been venture-backed since 2010, when Genesys Capital Partners provided the company with seed financing.

Functional Neuromodulation Appoints Vince Owens to Board of Directors

Toronto, Ontario – January 22, 2013 – Functional Neuromodulation, a company advancing the use of deep brain stimulation (DBS) for Alzheimer’s disease and other memory disorders, announced today the appointment of Vince Owens to its Board of Directors. Mr. Owens is a 25-year medical device industry executive and the founder and managing general partner of Guide Medical Ventures.

“Vince brings to the Board additional operational experience, strategic vision and a successful track record as an entrepreneur in neuromodulation, one of the fastest growing segments of the medical device industry,” says Dan O’Connell, Functional Neuromodulation Co-Founder and CEO. “We look forward to leveraging the expertise of Vince and our Board as we propel the company forward and deepen our understanding of the use of DBS for cognition in mild Alzheimer’s disease patients.”

Mr. Owens was previously Co-Founder, CEO and Director of Intelect Medical, a developer of DBS technologies to improve the lives of patients with Parkinson’s and other neurological diseases. He was with the company from its inception in 2005 until its acquisition in 2011 by Boston Scientific for $78 million. Prior to Intelect, Mr. Owens was founding CEO and a Director of Biomec Cardiovascular, a developer of implantable devices for neuromodulation and cardiac rhythm management, which he led through acquisition by Enpath Medical. Mr. Owens earned his B.S. in Mechanical Engineering from Carnegie Mellon University and his MBA from Ashland University.

“Given the profound economic and societal impact of Alzheimer’s Disease and recent disappointments in drug studies, there is an urgent need for effective treatments for patients. DBS represents a truly innovative and promising brain circuitry-based treatment method,” says Owens. “Alzheimer’s has the potential to become the largest DBS market indication, and Functional Neuromodulation’s initial clinical research results and rapid execution of the ADvance Study has been quite impressive. I look forward to working with Dan and the Functional Neuromodulation team.”

Founded in Toronto, Ontario in 2010, Functional Neuromodulation is dedicated to advancing the application of DBS therapies to help improve the lives of people with Alzheimer’s and other memory and cognitive disorders. The company is currently conducting the ADvance Study at leading research centers in North America to evaluate the safety and potential clinical benefit of DBS of the fornix (DBS-f), a major inflow and output pathway in the brain’s memory circuit, for patients with mild Alzheimer’s. The Company has received funding from Genesys Capital, Foundation Medical Partners and Medtronic. For more information, visit www.functionalneuromodulation.com.