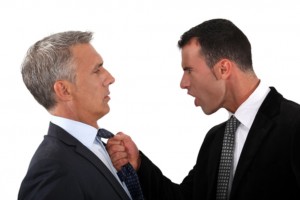 Vista Equity Partners and Thoma Bravo LLC are among a small group of private equity firms competing to buy TIBCO Software Inc, a business software company with a market value of more than $3 billion, according to people familiar with the matter.

TIBCO is expected to review binding offers for the company in the coming weeks, the people said this week. Carlyle Group LP is also participating in the auction for TIBCO, some of the people added.

While TIBCO’s board is under pressure from activist investors to sell the company, there is no certainty it will do so, the people added.

Shares of TIBCO ended trading on Wednesday up 6.7 percent on the news at $20.26.

The price that private equity firms would offer TIBCO could not be learned. The sources asked not to be identified because details of the sale process are confidential. TIBCO, Thoma Bravo and Carlyle declined to comment while Vista Equity did not respond to a request for comment.

TIBCO develops software used by companies in real-time data analysis involved in processes such as inventory keeping and cross-selling products. It competes with Tableau Software Inc and Qlik Technologies Inc.

Founded in 1997 as a subsidiary of Reuters Holdings Plc with backing from Cisco Systems Inc, TIBCO launched an initial public offering in 1999 under the leadership of Chief Executive Vivek Ranadivé.

At Teknekron, Ranadivé spearheaded the automation of Wall Street’s trading floors. Most recently, however, he has presided over a 25 percent decline in TIBCO’s share price in the last 12 months as the company’s products, including its flagship data platform Spotfire, have come under competitive pressure.

A review of strategic alternatives at TIBCO started on Aug. 16, the company disclosed on Sept. 3.

Leveraged buyouts of public companies have been few and far between in the last two years as a stock market rally has made most companies seem expensive for private equity funds seeking to generate a multiple of their investors’ money.

Companies with activist shareholders are more likely to go private, however. This was the case with technology firm BMC Software, which became last year’s largest leveraged buyout to be led by private equity, after calls for a sale by Elliott Management Corp resulted in a $6.9 billion acquisition led by a consortium of Bain Capital LLC and Golden Gate Capital.