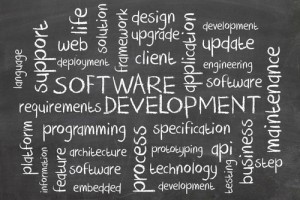 Vista will pay $24 per share in cash for Tibco. That would be a 26 percent premium to the stock’s closing price on Sept. 23, the day before Reutersreported that Vista was one the firms vying for Tibco. Tibco shares closed at $19.51 on Friday and rose more than 20 percent in premarket trading on Monday.

Palo Alto, California-based Tibco develops software that companies use in real-time data analysis involved in processes such as inventory keeping and cross-selling products. Its board had been under pressure from activist investors to sell the company.

The parties said they expected the deal, which is subject to approval from shareholders and regulators, to close in the fourth quarter.

Tibco spoke to more than 20 potential buyers, including some strategic technology companies, according to a source familiar with the situation.

This would be the second large leveraged tech buyout of September. Thoma Bravo took Compuware private in a $2.5 billion deal on Sept 2.

Still, there have been few leveraged buyouts of public companies in the last two years as a stock market rally has made most of them seem expensive for private equity funds trying to generate a multiple of their investors’ money.

Founded in 1997 as a subsidiary of Reuters Holdings Plc with backing from Cisco Systems Inc, Tibco went public in 1999 under Chief Executive OfficerVivek Ranadivé.

Ranadivé, an MIT computer scientist from India and owner of basketball’s Sacramento Kings, in 1986 founded Tibco’s predecessor, Teknekron Software Systems Inc, where he spearheaded the automation of Wall Street’s trading floors. Reuters acquired the company in 1994 for $125.1 million.

Tibco’s share prices has fallen 25 percent in the last 12 months as the company’s products, including flagship data platform Spotfire, have come under competitive pressure.

Bradley left the company on Sunday, it said in a filing.

A review of strategic alternatives at Tibco started on Aug. 16, the company disclosed on Sept. 3.

Liana B. Baker is a reporter for Reuters news service.