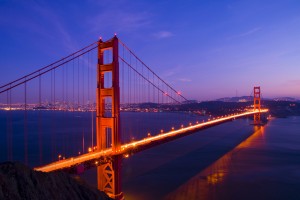 Vista’s new fund, which raises the firm’s committed capital to $6.6 billion, is one of several new mega sector funds that have drawn widespread attention for being multi-billion dollar leaders in the sectors they operate in, which in Vista’s case is enterprise software. Other mega sector funds include Green Equity Partners VI, a consumer retail fund from Leonard Green & Partners that just closed with $6.25 billion in commitments, and Providence Equity Partners VII, a buyout fund focusing on media and technology that is seeking $6 billion in commitments.

Robert Smith, who co-founded Vista with Brian Sheth in 2000, said in a statement that the new fund “will continue to build on Vista’s track record of creating value through the transformation of enterprise software, content and data driven businesses. We are excited to have added a significant number of new LP relationships to the group of amazing limited partners which have supported us as we continue executing our strategy.”

In announcing the deal, Vista mentioned four acquisitions for Fund IV, including Turaz, a former unit of Thomson Reuters, Vitera, the former healthcare unit of the Sage Group; CDC Software and Misys, a provider of financial technology products for the banking industry.

One reason for its fundraising success has been the strong returns from Fund III. That fund, which closed in 2007, has so far returned an IRR of 28 percent and a 2x return multiple, according to September 2011 data from the Capital Link separate account vehicle that is managed for the California Public Employees’ Retirement System. In New Jersey’s proposal documents, the Department of Investment called Vista the pension’s “best performing PE manager.”

Another factor in its fundraising success is the terms that the firm offered investors such as New Jersey. Those terms include a 1.25 percent annual management fee (for investors contributing at least $200 million), a management fee which is very low by industry standards.

The firm’s counsel for the new fund is Simpson Thacher. It did not use a placement agent.