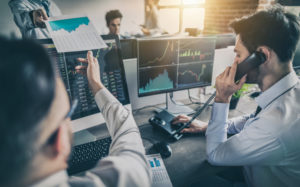 Take-private deal. Big news this morning: Citrix Systems has agreed to be acquired by Vista Equity Partners, Evergreen Coast Capital and an affiliate of Elliott Investment Management in an all-cash deal valued at $16.5 billion, including the assumption of Citrix debt. In connection with the transaction, Vista and Evergreen intend to combine Citrix and Tibco Software, one of Vista’s portfolio companies. The union will create one of the world’s largest software providers, according to the companies. Citrix makes cloud-based software that lets employees work on multiple devices. The company’s technology has seen increased demand in the covid era of hybrid work. Some shareholders had been pushing for a sale, prompting the departure of the company’s CEO and another board member in October. Chairman Bob Calderoni is serving as interim CEO. A pioneering company in the software business, Citrix has survived three decades of technology transitions. The company was founded in 1989 by Ed Iacobucci, a former IBM software engineer who died of pancreatic cancer in 2013. Several mega take-private deals were announced in 2021, and more are expected this year.

Fundraising. On the heels of its successful IPO, TPG Capital is preparing to launch its ninth flagship fund, sources told Buyouts. “The challenge for managers will be to get on LPs’ allocation schedules amid a crowd of competitors also seeking capital,” Chris Witkowsky writes. “Pressure will be on for TPG after its public listing earlier this month. The firm priced on the first day of trading at $29.50, and has risen to $35.40 in ensuring trading, before leveling off. The price closed Friday at $32.83.”

From A to IPO. “Now that everyone and their brother is jumping into growth deals, late-stage investment pioneer TCV is heading the other way with a brand-new fund focused on Series A through C deals,” reports Venture Capital Journal’s Lawrence Aragon. Named Velocity, the $460 million fund is led by Gautam Gupta, formerly with early-stage investor M13 Ventures, and Matt Brennan, an alum of early-stage and growth investor General Catalyst. “There’s a lot to learn from the later stage of where companies have been and bringing that to up-and-coming companies that have aspirations to reach that scale,” Brennan said. With the launch of Velocity, TCV now serves entrepreneurs from Series A all the way to IPO and beyond.

Deal of the Year: Get your nominations in now for your best exits (either full or majority) that closed in 2021. Awards are given in seven categories: overall deal of the year, large-cap, middle-market, small-cap, international, turnaround and secondaries. Deadline is Friday, Feb. 11. Send to Chris Witkowsky, private equity editor, at cwitkowsky@buyoutsinsider.com. Go here for all the rules and regs!