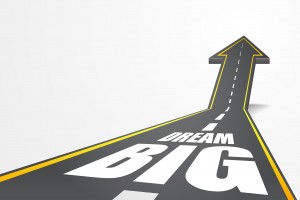 Go big or go home. That could be the motto of Vista Equity Partners.

Vista, which recently beat out Thoma Bravo for the acquisition of software company Solera Holdings, is in the market with its second credit fund targeting $750 million to $1 billion, according to three people with knowledge of the situation.

It is an ambitious target for the firm, considering it closed on just $200 million in January for its debut credit vehicle, said one of the sources, an LP familiar with the firm. Including leverage, the debut Vista Credit Opportunities portfolio is about $550 million. Fund II also will use leverage to boost its spending power, one of the people said.

The debut credit fund originally targeted $600 million but didn’t attract enough LP demand, in part because the credit vehicle was the firm’s first and boasted a relatively new team to manage the strategy. Many LPs prefer to watch and wait for a firm to invest its debut fund to see how well it goes.

Vista decided to go bigger with the second credit fund to make sure it could seize on all the opportunities it is seeing in the market, one of the people said.

Vista’s credit funds provide senior debt into the firm’s own deals as well as transactions outside the firm. Its deals include Tibco Software, which it acquired last year; Omnitracs, a provider of fleet management software Vista bought in 2013; and compliance software company NAVEX Global, which Vista acquired last year, according to the firm’s website. Performance information for the debut credit fund was not available.

The credit fund is just the first in a series of products Vista is expected to launch between now and early next year.

LPs have been talking to the firm about its next flagship vehicle, which is expected to launch early next year. Vista Equity Partners VI will be larger than the prior fund, but it’s not clear how much the firm will target for the vehicle. LPs are questioning whether Vista will try to reach double digits for the first time with Fund VI. Robert Smith, founder and chief executive officer of the firm, is not shy in sharing his fundraising ambitions.

“The thing that I tell our LPs is, the only reason we raised $6 billion [with Fund V] is because we didn’t raise $10 [billion],” Smith said in a keynote speech in March. “We’ll be back in the market soon enough as we deploy this capital.”

Fund III produced a total value multiple of 2.54x as of May 31, and Fund IV generated a 1.49x multiple as of that same data, according to data from the New Jersey Division of Investment. Fund V, still early in its J curve period, produced a 0.98x multiple as May 31, New Jersey’s data said.

Besides its flagship vehicle, Vista is expected to launch its third Foundation Fund later this year or early next year, LPs said. The Foundation Fund family invests in small-cap software companies.

Action Item: Vista founder and CEO Robert Smith can be reached through his assistant Maria Nicolas at 512-730-2480.