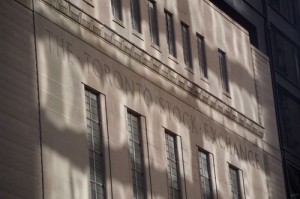 The May 2013 close of ViXS Systems Inc.‘s going-public financing, which raised $57.4 million for the Toronto-based semiconductor company, is the second completed in 2013 by Canadian venture capital firm Celtic House Venture Partners. In February, portfolio company Spectra7 Microsystems Inc., also based in Toronto, established a listing on the Toronto Stock Exchange. A third portfolio company, insurance software-focused Camilion Solutions Inc., was acquired by SAP in March.

TORONTO, Canada – May 28, 2013 – ViXS Systems Inc. (“ViXS”), a world leading designer of semiconductor chips for high growth segments of the multimedia industry, has successfully closed a $57.4 million going-public financing. This is a landmark offering in the Canadian capital markets as ViXS becomes the only publicly traded semiconductor company on the TSX and the first to go public in over a decade. ViXS is expected to commence trading on the TSX early this summer under the symbol “VXS”.

“We are pleased with ViXS’ success in raising over $57 million in these challenging market conditions. It is a strong endorsement of the company’s innovative technology, solid business plan, and world-class management team and of Celtic House’s original investment thesis,” said Brian Antonen, Partner at Celtic House Venture Partners and Chairman of ViXS. “ViXS stands at the centre of Celtic House’s focus on Media Communications Technology and, specifically, media portability applications. We look forward to seeing ViXS achieve public company status.”

Celtic House provided ViXS with its original seed funding in 2000 and remains its largest shareholder and most influential investor. ViXS is the second Celtic House-backed company to close a going-public transaction in 2013. In February, Spectra7 Microsystems (TSX-V:SEV), a high performance analog semiconductor company, completed a listing on the TSX Venture Exchange. Celtic House was the lead investor in Spectra7 and remains its largest shareholder. Celtic House was instrumental in the completion of both the ViXS and Spectra7 transactions. Once ViXS completes its listing, it will join Sandvine (TSX:SVC) as the second Celtic House seed-funded company to be publicly traded on Canada’s senior stock exchange.

ViXS is the semiconductor pioneer in designing and developing high-performance media solutions for the consumer electronics and video service provider industries. With 400 patents issued and pending worldwide, ViXS has been recognized with a number of industry awards for innovation. ViXS is the world leader in transcoder deployments with over 30 million shipments to date, and still growing.

ViXS has a comprehensive portfolio of products to meet the diverse needs of the global media industry. Portfolio highlights include the most advanced dense transcoder available for cloud-based solutions, as well as SoC’s for home devices capable of doing the most simultaneous number of HD streams in the industry. Moreover, ViXS is the only company to have integrated transcoding and Multimedia over Coax Alliance (MoCA) technologies to create the lowest-cost media gateway capable of delivering premium content to consumer IP devices, such as the iPad, inside and outside of the home.

ViXS has three primary product lines: XCode, XCodePro and XConnex. The XCode family of media processors range from stand-alone transcoding chips to full SoC solutions, each capable of handling from one to four simultaneous HD-to-HD transcodes. XCodePro products address the professional enterprise market and are being deployed today for cloud-based media streaming services. The XConnex product line is for communications devices, including MoCA 1.1 and 2.0 solutions. Additionally, ViXS customers are provided with a robust software development kit known as Xtensiv. ViXS is headquartered in Toronto, Canada with global operations and offices in Europe, Asia and North America. For more information on ViXS, visit its website: www.vixs.com.