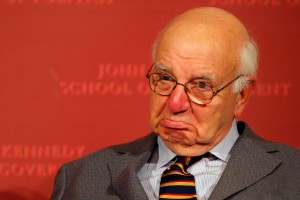 As debate drags on over the Volcker Rule, banks are settling in for the long haul, sister magazine Buyouts reports. Those that have decided to exit the buyouts game have largely done so, while those remaining appear to be relying on their own balance sheets, rather than bringing in outside investors, under other provisions of U.S. law that permit merchant banking.

And with regulators wrangling among themselves over unrelated aspects of the rule, it appears increasingly likely that the July 2014 implementation deadline will have to be pushed back, according to lawyers who follow the issue.

Indeed, progress on the Volcker Rule, meanwhile, seems stalled in the regulatory mechanism as the Securities and Exchange Commission and banking agencies led by the Federal Reserve spar over the terms for distinguishing impermissible proprietary trading from acceptable market-making activities.

When Dodd Frank was adopted in 2010, the law anticipated a two-year rule-making process followed by a two-year implementation period. That timeline is now well behind schedule, with regulators still sifting through nearly 19,000 comment letters, including what it called “more than 600 unique and detailed letters.” As a result, Volcker handicappers now doubt the agencies will be able to put out final regulations before July, meaning that banks would have less than a year to devise systems to demonstrate their compliance with the rules, meaning that all the deadlines will be pushed out further under the Fed’s discretion to grant such extensions.

Meantime, a spate of banks have already divested themselves of buyout operations during 2011, the first year after the Dodd-Frank financial reform law was enacted. Bank of America Corp., for instance, spun off its last large private equity unit, creating North Cove Partners, while Citigroup Inc. spun off Seven Mile Capital Partners and KeyCorp of Cleveland spun out Cuyahoga Capital Partners. One provision of the Volcker Rule provides that such spin-offs must have names that identify themselves independently of their former bank parents, although it does allow bank holding companies to continue to own as much as 24.99 percent of their parent advisory firms post-spinoff.

A few banks are still cleaning up their balance sheets to comply with the Volcker Rule, which allows banks to invest no more than 3 percent of their Tier 1 capital in alternative assets such as private equity nor to hold no more than 3 percent equity interest in “covered funds.” The rule also outright prohibits bank holding companies from investing in the funds sponsored by third parties. SunTrust Inc. of Atlanta, for instance, a big regional bank in the Southeast, said in its 10K report in February, “During the course of 2012, we disposed of substantially all of our holdings of our interests in private-equity and hedge funds which we expect to be affected by the Volcker Rule.” A spokesman said the bank had stopped its investing programs several years ago.

Other banks may be planning to do their private-equity investing on their own, without bringing in outside investors, which would enable them to participate in the asset class without violating the Volcker Rule but that also could create new competition to conventional buyout shops. Sister news service Reuters has found Goldman Sachs Group to be pursuing this course, as is Wells Fargo & Co.

JPMorgan Chase, for instance, a $2.3 trillion-asset bank that is the nation’s largest by that measure, has shown no interest in divesting One Equity Partners, which, according to its Web site, manages $10 billion of investments and commitments for the New York banking company. JPMorgan gained the business through its 2004 acquisition of Chicago-based Bank One Corp. (Separately, JPMorgan Chase spun off CCMP Capital Advisors LLC, originally known as Chase Capital Partners, in 2006, long before the Volcker Rule became an issue.) JPMorgan Chase did not reply to a request for comment.

And some banks, like Goldman Sachs, appear to be pivoting away from a covered-fund type model to a more merchant-banking approach to private equity. PNC Financial Services Group of Pittsburgh, for instance, spun out PNC Equity Partners in 2011 to form Incline Management Corp. but also formed PNC RiverArch Capital to make private equity and mezzanine investments, according to a regulatory filing. And it funded its latest $500 million mezzanine fund off its own balance sheet without bringing in outside investors, as Buyouts has reported previously. PNC declined to comment.