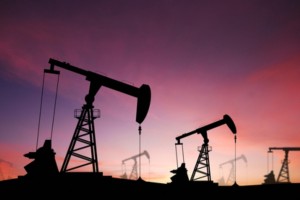 Vortus Investment Advisors LLC, which focuses on energy investments, has held a first close on its debut fund on $100 million, according to a person with knowledge of the fundraising.

Vortus hit the market earlier this year with its first fund, targeting $400 million with a $500 million hard cap, according to a marketing presentation seen by peHUB.

Forbes Private Capital Group is working as placement agent on the fundraising. Vortus could not be reached for comment.

Fund I is charging a 2 percent management fee on committed capital during the four-year investment period and 1.5 percent after that on the lower of invested capital or fair value, according to the marketing presentation. The fund will use 100 percent of transaction fees to offset the management fee.

The GP will kick in a 2 percent commitment to the fund.

Vortus was formed in 2012 by Jeffrey Miller and Brian Crumley. Miller was director of upstream and investments at Mercuria Energy Group prior to forming Vortus. From 2004 to 2008, he was president of Moncrief Oil International and managing partner of Moncrief Minerals Partnership. Miller also worked at UBS/Dillon Read, Lehman Brothers and Chase Manhattan Bank, Exxon USA and Chevron, according to his bio in the marketing documents.

Crumley was a founding partner of Luther King Capital Management Discipline Partners, which launched with $100 million for energy investments.

Vortus completed its first investment in Foreland Resources, committing $50 million in partnership with Foreland’s management team and debt shop Sankaty Advisors to develop the company’s assets in the Permian Basin. That investment was contributed to Fund I at the first closing, the person said.

Some big funds in the market include Riverstone Holdings, which had been talking to LPs about launching its next flagship vehicle, Fund VI, with a potential target of around $8 billion, sources told peHUB in prior interviews.