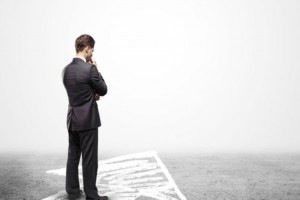 Veronis Suhler Stevenson is mulling a range of options for its aging fourth buyout fund, which still owns many companies as it heads into its ninth year.

The New York-based PE firm has until the end of the first quarter to call a small amount, about $20 million to $30 million, of Fund IV, one GP said. After that, Fund IV will be out of callable capital, a second private equity source said.

“How do you support 16 portfolio companies when you have no money?” the first GP asked.

Even if it is out of money, Fund IV still has options, sources said. VSS Fund IV has two years left in its 10-year fund life as well as two one-year extensions, time it can use to sell the companies.

“[Veronis] potentially has another four years which is a lot of time,” the person said.

Also, many of the companies owned by VSS Fund IV have debt capacity that can be used to do deals. For example, Southern Theatres, a VSS Fund IV company, used debt to acquire Movie Tavern for $70 million in September.

Turning to the secondary market

Veronis can also seek a secondary transaction of some kind. Last year, the firm attempted a direct secondary for its third fund, VSS Communications Partners III LP, which collected $1 billion in 1999, sources said. Fund III still owns three companies, according to the VSS web site. Veronis sought passive investors to buy LP stakes for Fund III, with Evercore brought in to advise on the transaction.

Veronis is still considering a secondary for Fund III but is currently not in talks, the second PE source said.

The buyout shop has held informal discussions regarding a Fund IV secondary but hasn’t made any decisions, sources said. The firm may consider such a transaction for Fund IV in the future but for now,  is focused on its third structured capital fund. The PE firm expects to fundraise for the pool this year, peHUB has reported.

A secondary transaction could be similar to the restructuring of Willis Stein’s third fund. In August 2012, Willis Stein raised money from outside investors as part of a five-year extension of its 2001 vintage third fund, Crain’s Chicago Business reported. LPs of Willis Stein Fund III were given the option of cashing out or staying in. The new investors — Landmark Partners, Vision Capital and PineBridge Secondary Partners II– put in capital under new terms. Old LPs remained in the pool under old terms.

The large number of companies with Fund IV would not be an obstacle for any transaction, two LPs said. In fact, the pool’s many different and diverse companies make Fund IV much more interesting than Veronis’ third fund.

“There’s a lot more there for people to get their heads around,” one of the LPs said.

In the meantime, VSS Fund IV will continue to produce fees for another two years plus any extension period. If the companies are in trouble, and need capital, Veronis can sell the entire portfolio at a deep discount.

“There is always a buyer at a price,” one GP source said.

Possible buyers would likely include sovereign wealth funds, or anadian investors such as CPPIB, which typically have a lower cost of capital.

Even though it is an older fund, VSS Fund IV has the luxury of time, sources said.