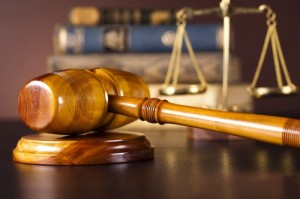 Veronis Suhler Stevenson has ended a legal battle over the departure of three credit-focused executives who joined rival Riverside Co to launch a credit business.

VSS agreed to dismiss two suits with prejudice and without costs, according to a document signed on September 25 by Thomas Chase of Rottenberg Lipman Rich, the law firm for VSS, and David Cinotti of Venable LLP, who represents the defendants.

In the first suit (which is now settled) VSS sued George Cole, Hal Greenberg and Michael Kessler in the Supreme Court of the State of New York after the three private credit pros moved to Riverside Co two years ago. VSS seized at least $20 million in current and future carry and waiver distributions and accused the trio of breach of contract, violations of their duties of loyalty and fiduciary duties, according to court documents.

In the second suit (which is now settled) VSS sued Riverside Co in New York Supreme Court after the Cleveland firm hired the trio to launch its credit platform under a new fund, Riverside Strategic Capital Fund I LP.

Over the summer, State Supreme Court Judge O. Peter Sherwood threw out the claims against Kessler and dismissed six out of eight claims against Cole and Greenberg, according to a June 25 filing.

A spokesman from VSS did not provide a comment.

Graham Hearns, a spokesman for Riverside Co, said in a phone call the firm is “very pleased to put the litigation behind us and we’re excited to be moving forward.”

VSS filed the suit after Cole sued his former employer in federal court for wrongful termination in an attempt to get $650,000, the amount he estimated he should be paid under VSS’s severance policy. That case has been settled as well.

Riverside Strategic Capital Fund I LP raised $45 million and listed a target of $350 million, according to a Form D filing in April.

VSS has been pursuing a “stapled secondary” offering to buy out existing LPs in its two mezzanine funds, Structured Capital Funds I and II, Buyouts has reported.