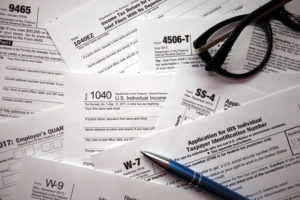 The buyer is Experian, according to an announcement on June 16, though the deal closed in April.

VSS bought TCC, which was founded more than 25 years ago, in the latter half of 2012. The firm since that time has built out the company with the acquisition of two complementary businesses and through organic growth initiatives.

“Throughout the period they were able to develop nine new services on the tax credit [front],” said Julen Uriguen, senior associate at VSS, who joined the firm in 2018 from boutique investment bank LSH Partners.

For TCC, covid-19 presented an opportunity to expand. Uriguen said that the team under CEO Brandon Edwards had developed a new type of tax credit, the employee retention credit, which was launched last year.

ERC, enacted as part of the CARES Act, allowed companies to provide refunds on federal employment taxes. It was introduced to encourage employers to maintain and expand their workforce, and is extended until the end of this year as companies continue to recover.

Although there are exceptions on which type of businesses can claim refunds and how they can go about doing so, the new credit allows tax technology and services providers like TCC to expand their offerings.

According to Uriguen, VSS’s investment focused on improving TCC’s technology, which in turn maximized the offerings to the company’s clientele, most of which are Fortune 500 businesses.

The private equity firm moved quickly to bulk up the platform with the add-on of Incentives Advisors, a Phoenix-based government-related incentives consultant it acquired within a year of investing in TCC.

TCC attracted interest from different parties, according to Uriguen, who declined to say if other private equity firms were in the running.

For Experian, the world’s largest credit data company, TCC’s acquisition strengthens its foray into the employer services space. The business will operate under the Experian Employer Services vertical along with recent acquisitions Corporate Cost Control and Emptech.

According to Experian’s website, the newly formed vertical will offer employers, HR, finance and tax professionals services such as Electronic I-9 verification management, work opportunity tax credits management, and other tax credits and incentives services.