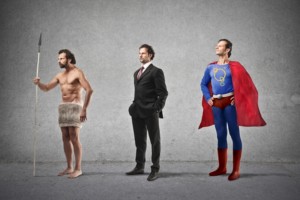 New York-based Veronis has spent the last 10 years transforming itself. VSS currently targets investments in sectors such as information and business services, healthcare IT and education. Recent deals include Navtech, a provider of flight operation software, and Thomsons Online Benefits, a SaaS-based benefit and pension administration company.

That’s much different than the media deals Veronis was known for. The PE firm launched its first PE fund in 1987; transactions at that time include Stagebill and Hughes Broadcasting.

Veronis, which has been dogged  by questions about its viability, is seeing solid returns with its structured finance funds. The pools primarily invest in non-control, minority positions and provide debt and/or equity. The funds provide “financing for entrepreneurs or owners who need capital to grow,” Stevenson said.

It’s unclear how much the fund will raise. VSS Structured Capital II collected $312 million in 2009, while the first fund in the series raised $123 million in 2005.

In 2010, VSS led a group of investors that put $100 million into Hostway. The investment came from Veronis’ second structured capital fund. With the Hostway sale, VSS has doubled its money, sources said.

Veronis, however, has hit some bumps. In the fall, several members of VSS’ structured finance team — including George Cole and Hal Greenberg — left and joined The Riverside Company. The team is currently premarketing Riverside’s first non-control credit fund, Buyouts reported. Cole sued Veronis in federal court in August for severance pay after being let go for allegedly not being willing to sign an employment contract that would limit his options after leaving the firm, Buyouts said. The firm struck back in November at Cole, Greenberg and one other member of the Riverside-bound team, suing in New York court over issues including breach of contract.

The execs who left tended to focus more on industries that Veronis doesn’t currently target like older media, the source said.

While the structured finance funds are doing well, Veronis’ buyout funds are a different story. VSS is shopping the remaining investments of its third buyout fund, Bloomberg News has reported. VSS Communications Partners III LP, which collected $1 billion in 1999, still owns User Friendly Media, Ebiquity and Access Intelligence, according to the Veronis website. Ebiquity is up for sale but the other two are not, the source said.

Fund III is producing a gross IRR in the low teens, the source said. Fund IV, meanwhile, collected $1.3 billion in 2006 and more than 80 percent has been invested, the person said. The fund, which owns some older style media investments, is in negative territory, the source said.

There is “no question Fund IV ran into a difficult period,” Stevenson said. VSS has been working to transform its business models, he said. The pool has “lots of good, strong businesses that will ultimately do OK. … It will have a positive outcome comparable to other funds of that vintage.”

Veronis was expected to begin marketing its latest buyout fund in late 2012. VSS will first complete fundraising for its third structured finance pool and then focus on its next buyout fund, the source said.