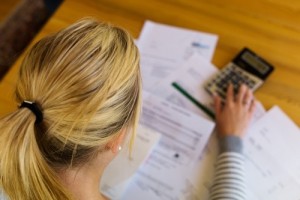 Veronis Suhler Stevenson is attempting something unique – it is trying to restructure every active fund it currently manages.

VSS, led by one sole remaining managing partner, Jeff Stevenson, also is looking to restructure its two debt funds with an eye toward bringing in an investor that will inject new capital into the firm’s third credit vehicle, according to a person with knowledge of the deal. Evercore is running the debt funds process.

The processes are seen as a way for VSS to move forward from a gradual period of winding down as capital has run out in its funds (along with diminishing fees).

“The big picture [is this is] a GP giving more liquidity options to investors by essentially taking advantage of a very frothy secondary market,” said one secondary market source. “It’s very common now for GPs to consider this option.”

Debt fund restructuring
VSS’s debt business represents the future for the firm, at least for now. VSS is in the market with a Structured Capital Fund III. In May, the firm disclosed in two SEC filings it had raised $63 million and $19 million for Fund III. It’s not clear if the $19 million is part of the larger amount or on top of the $63 million. Neither filing discloses a target for Fund III.

The firm is trying to restructure its two debt funds into one vehicle to hold remaining portfolio companies, with a new investor buying out existing LPs, who can also choose to not sell and simply roll their interests into the new vehicle. The firm also is looking for a new investor to inject fresh capital into Fund III as part of the deal, though that is not a requirement, two people with knowledge of the deal said.

LPs in the second debt fund are “not clamoring to get out” because the fund has performed so well and is not very old, said one person with knowledge of the fund.

Alex Stanton, a spokesman for VSS, declined to comment.

Equity fund restructuring
VSS also is exploring options for its two equity funds. The restructuring of VSS Communications Partners IV is more complicated than restructuring the debt funds. Fund IV produced a negative 3.76 percent IRR and a 0.81x multiple as of Dec. 31, according to Bison.

Fund IV is being split into two portfolios. With nine investments remaining, one portfolio will have four investments and the other will have five, according to documents seen by Buyouts. LPs will have the option to cash out or roll their interests into new vehicles that would house the investments.

“The view was, you’ll get less value if you put [the portfolios] together,” according to the person with knowledge of the process.

The larger portfolio, which had net asset value of about $280 million as of Dec. 31, includes better-performing investments, including Cambium Learning Group, Infobase Publishing/Vault.com, ITN Networks and Southern Theaters. Vault.com was purchased separately but was merged into Infobase, according to a source.

The smaller portfolio, which had a NAV of about $33 million as of Dec. 31, is being sold by Evercore and comprises Brand Connections,BrandShop, Market Strategies International, MediaResponseGroupand Remedy Health Media, according to the documents.

With VS&A Communications Partners III, Stevenson has offered to buy out all limited partners at full price, according to the documents and two people with knowledge of the deal. Fund III has one remaining investment valued at over $7 million. Stevenson tried last year to buy out LPs in the fund in partnership with Travellers Capital at a discount, but Travellers walked away from the deal for undisclosed reasons.