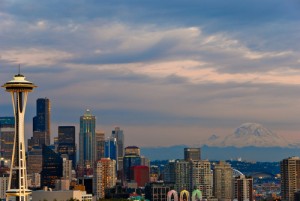 Limited access to top venture funds continues to restrain the Washington State Investment Board from investing in the asset class, according to Gary Bruebaker, the board’s chief investment officer.

His statement echoes those of the California Public Employees’ Retirement System, which earlier this year confirmed its plans to foreswear most venture capital investments because of poor performance and the difficulty of getting enough money into the best funds to move the needle.

Washington State’s Bruebaker, who oversees $84 billion in assets, said he genuinely likes venture capital, but finds the top venture firms are reluctant to accept money from giant pensions like his.

“Due to our size, we’re never going to be able to get into the best funds because they are not going to come to Washington (State), sit in front of my private markets committee in an open meeting, with the press in the back, and ask Washington for money,” he told Buyouts in an exclusive interview.

The Board’s main $62 billion pension fund lowered the bottom end of its combined venture and growth capital allocation range to zero in 2009. The top end of the range was cut to 10 percent. Prior to 2009, the range was 5 percent to 15 percent.

Currently, 8.1 percent, or $1.3 billion, of the fund’s $16 billion private markets portfolio is invested in venture and growth capital, a level Bruebaker predicts will gradually fall.

Recent history bears out this approach. Washington State has indeed been a reluctant venture investor.  In 2011, the Board committed directly only to Menlo Ventures XI, and before that, its most recent direct venture investments dated to 2006 and included only New Enterprise Associates 12, Menlo Ventures X and OVP Venture Partners VII.

“If, by chance, we ever get an opportunity to invest in a top-quartile venture fund, we will invest with them,” says Bruebaker. But “we are not going to chase investments because the odds are against us.”

At CalPERS, Joe Dear, the chief investment officer, told Buyouts in August that his pension planned to reduce its venture target allocation to less than 1 percent for two reasons. “One is that venture has been the most disappointing asset class over the past 10 years as far as returns,” he said, “and second, it’s very difficult for a large fund like CalPERS to gain access to the best venture partners in the size that makes a difference to our performance.” CalPERS had $2.1 billion of its $240 billion portfolio in venture capital.

While Washington State says it will re-up with its existing top-quartile managers, Bruebaker doesn’t see the opportunity to make new venture investments as a “level playing field” due to access issues.

Whether that calculus will change is hard to tell. With largest pension partners showing a continued hesitancy toward venture capital, venture firms may find new sources of capital more attractive.  In 2010, for instance, Sequoia Capital, one of the world’s top venture firms, again began accepting investments from the University of California after an 8-year hiatus.

At the same time, other top firms, such as GGV Capital, Bessemer Venture Partners and Khosla Ventures, don’t appear to bar public investors.

(Mark Boslet contributed to this story.)