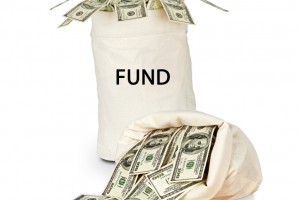 (Reuters-BUYOUTS) – KKR & Co. LP (KKR.N) has agreed to charge the Washington State Investment Board a super-low 1 percent annual management fee on the pension fund’s $250 million follow-on commitment to the firm’s flagship fund, KKR North American Fund XI LP, according to a source familiar with the terms. The buyout giant considers the rate a “volume discount,” our source said.

The board had earlier made a $500 million pledge to the fund, which has been in the market for more than two years and has struggled to meet its original $8 billion target. It is unclear if the 1 percent starting management fee applies to the combined $750 million commitment, or just the latest $250 million tranche. We were also unable to learn if the board, which has about $89 billion under management, made concessions on other terms to secure the low management fee.

In its latest 10K, filed on February 22, KKR says that “gross management fees for our private equity funds generally range from 1 percent to 2 percent of committed capital during the fund’s investment period,” and a lower percentage of invested capital after that. KKR is also entitled to a 20 percent share of net profits realized by investors in the fund, after clearing a performance hurdle of a 7 percent compounded annual rate of return.

A 1 percent management fee is just half the 2 percent sticker price that most North American buyout funds charge during their investment periods, according to research by Thomson Reuters. However, our source said that starting management fees as low as 1 percent are not at all unheard of behind the scenes at mega-firms when they try to raise very large commitments.

One of the risk factors that KKR lists in its latest 10K relates to the possibility of its commanding lower fees in the future: “Our investors in future funds, including separately managed accounts, may negotiate to pay us lower management fees … which could adversely affect our revenues.”

Indeed, it wouldn’t be surprising if other investors in KKR’s Fund XI were also offered a 1 percent starting management fee. Big investors in private equity funds can negotiate most favored nation clauses that give them the right to secure the same terms as other investors making comparable-sized commitments.

Another factor influencing the management fee stream, of course, is fund size. Should Fund XI reach its original $8 billion target, it would be less than half the size of the previous fund in the series, the 2006 vintage Fund X, which raised $17.6 billion.

Some of the money from Fund X was invested in the $48 billion club deal (along with TPG Capital and Goldman Sachs Capital Partners (GS.N)) to buy TXU, now called Energy Future Holdings, the largest buyout in history. The energy firm’s struggles have affected the returns of Fund X and have contributed to a general lessening of enthusiasm for so-called mega funds following the financial crisis that began in 2008.

Yet Fund X has not lost money overall, despite Energy Future Holdings’ problems. According to September 2012 data from the Washington State Investment Board, Fund X has so far produced a net IRR of 7.1 percent and an overall 1.3x total value multiple.

Early investors typically do not like drawn-out fundraising periods, although firms typically begin drawing down capital prior to a final close. Gary Bruebaker, the chief investment officer at the Washington State Investment Board, declined to comment for this story, saying: “We do not discuss specific terms publicly.”

Separately, KKR’s co-founder Henry Kravis told an audience this week at the SuperReturn private equity conference in Berlin that he was bullish on investing in Spain, saying the troubled country had taken a lot of necessary steps toward the austerity that was needed to help the country’s economy get back on track. He also expressed enthusiasm for companies deploying new technologies to tap oil and natural gas reserves in North America and other parts of the world.