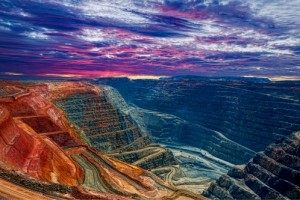 Limited partners appear to be flocking to a new fund that focuses on buying mines and pulling precious metals out of the ground.

Waterton Global Resource Management has raised $300 million for its second mining and metals fund, and is expected to reach its $750 million target in the fourth quarter, according to a a filing with the SEC and a person with knowledge of the fundraising.

The firm is anticipating a second close in September on between $550 million and $600 million, the person said. Waterton, which is headquartered in Toronto, Canada, is targeting mostly European investors and doesn’t expect capacity for North American limited partners, the person said.

The firm filed documents with the SEC in July indicating it had raised $300 million, which the person described as a first close. Fund II launched in June. The firm’s debut precious metals fund closed on $200 million in 2010.

Waterton buys mines and has the ability to run them, with a large operating team with more than 300 people.

The firm already has made three investments from the new fund, including the acquisition earlier this year of Hollister gold mine and Esmeralda Mill in Nevada — assets formerly controlled by Nevada-based subsidiaries of Great Basin Gold — through a bankruptcy auction.

Limited partners have shown some appetite for mining-focused funds, though there is always a selection of the LP universe that targets natural resource exposure in general, which can include mining-related vehicles.

There are 11 mining-related funds in the market seeking an aggregate of $11.2 billion, according to alternative assets data provider Preqin. Last year, 10 mining-focused funds closed on about $6 billion, compared to just two in 2011, Preqin reports.