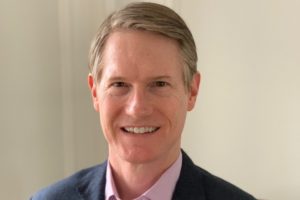 Longtime healthcare banker Todd Rudsenske is joining the ranks at Webster Equity Partners as the Waltham, Massachusetts, PE firm doubles down on a healthcare-only strategy.

Rudsenske, relocating to the Boston area from New York, will officially start as a partner at Webster in July upon completion of existing client commitments at Cain, the firm told PE Hub.

Leveraging his banking experience across everything from autism to eating disorder treatment, Rudsenske will assume oversight of all behavioral health-related portfolio assets at Webster. He will also join the boards of Baymark Health Services, Discovery Behavioral Health and InBloom Autism, the firm said.

Rudenske said he expects behavioral health will stand out as an important area of additional investment in the aftermath of the crisis.

“The need for more access points coming out of this pandemic is going to be greater than ever,” he told PE Hub. “Think about the number of individuals that will come through this period with economic losses, job losses and healthcare challenges stemming through covid.”

Rudsenske has known the Webster team for many years through his representation on several transactions, including advisory roles on Webster’s Center for Discovery. He became an LP in Webster Fund IV.

Notable clients have included Invo Healthcare Associates, Florida Autism Centers and Stepping Stones Group, and on the buy-side, Centerbridge Partners on its take-private of Civitas and Blackstone’s Center for Autism & Related Services.

The banker-turned-investor brings Webster to a 15-person roster focused on one sector, versus a 12-person team investing across two sectors when Fund IV was raised two years ago. The firm added four associates over the last six months.

Webster, founded in 2003, will no longer put capital to work in the branded-consumer and business-services sectors.

“The reasons for the shift were simply that we had a lot of encouragement from existing LPs and a number of people that followed us for a while. The healthcare returns have been pretty stellar and the consumer portfolio stumbled and didn’t recover,” said David Malm, managing partner at Webster.

“We only do healthcare services; we’re narrow, but deep,” he added. “We identify sectors that are a little out of favor, where we can take a contrarian approach. Or, like fertility or retina, where PE hasn’t really been active in a meaningful way.”

Fund IV, which closed at $875 million in 2018, is 65 percent deployed and 80 percent called and reserved, Malm said. Webster declined to comment on the fundraising timeline for its fifth vehicle.

Rudsenske will co-head the firm’s daily operations alongside Doug Williams and John Garbarino, existing partners at the firm.

Consistent with Webster’s strategy shift, Williams has jumped into healthcare and will lead all consumer healthcare-focused activity. Garbarino will lead physician practice and post-acute care efforts.

The firm will continue to seek to be the first institutional capital in its investments. Webster likes capital-light business models where there are supply and demand balances – be it in post-acute care or outsourced pharma services, Malm said.

Webster through the pandemic hasn’t sat on the sidelines. The firm in early April launched a gastroenterology platform, One GI, after clinching an all-equity deal for Tennessee’s Gastro One.

As a seller, Webster pulled opioid-treatment behemoth BayMark Health Services from the market, PE Hub wrote in January. The Goldman-run auction for the company had been seeking a $1 billion-plus valuation.

Webster is considering exploring a single-purpose continuation vehicle for the company, a source with knowledge of the firm said. The firm declined to comment.

Elsewhere, PE Hub wrote in mid-March that Webster’s PharmaLogic was expected to meet with bankers in April. It remained unclear if that sale process would go forward as planned after CapVest decided to shelve its auction for its larger peer, Curium, amid the pandemic.

Webster has chosen to hold off on any sort of process until Curium trades hands, the source said. PharmaLogic posts EBITDA in the $50 million to $60 million range, PE Hub previously wrote.