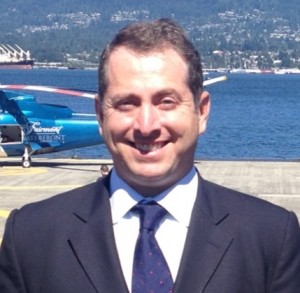 Allan Weinstein has left Lincolnshire Management after almost 18 years to be a managing partner at CAI Private Equity, a smaller shop known primarily for deals in Canada. He will be based in New York.

For Lincolnshire, the move represents the loss of one of its senior investment professionals and a leader of the firm’s next generation. For CAI—which is looking to expand in the U.S.—the firm gains a seasoned New York-based dealmaker in his prime.

But a closer look makes it clear why it’s an interesting move for Weinstein.

Weinstein (pictured) will be 42 in September. He joined Lincolnshire when he was 24 and helped lead notable investments in companies including Prince Sports Inc., Wabash National Corp. and Bankruptcy Management Solutions Inc., a bankruptcy services company that returned 18x Lincolnshire’s invested capital upon its sale in 2006 to another buyout firm, according to an earlier Buyouts article. It’s clear from discussions with both Weinstein and Lincolnshire executives that he had ambitions to run his own firm.

“This is an opportunity for him to have a bigger role in a fund; he wanted to run a shop,” Michael Lyons, a Senior Managing Director with Lincolnshire, told Buyouts.

If Weinstein were to have stayed at Lincolnshire, he wouldn’t have had that opportunity any time soon. Firm President T.J. Maloney and Lyons, who is one of two senior managing directors, are in their 50s and they are not planning on going anywhere any time soon, according to Lyons.

CAI’s senior management, by contrast, is much older. With the exception Tracey McVicar, a Vancouver-based managing partner who joined in 2003, all of the firm’s senior leadership are over 60. Meanwhile, CAI is due to raise its next fund soon. Limited partners are usually hesitant to back funds raised by older management teams that don’t have clear succession plans. CAI executives recruited Weinstein specifically for this reason: to help shepherd CAI through its leadership transition.

So, instead of spending a year or so trying to build his own firm, Weinstein steps into a senior leadership position at an established shop that has a stable of limited partners. Weinstein also has the opportunity to build out CAI’s American business from New York, where the firm already has an office (the firm also has offices in Toronto, Vancouver and Montreal). CAI Managing Partner and Co-Founder Les Daniels expressed the firm’s U.S. ambitions in the press release announcing Weinstein’s appointment.

“I’m excited to work with him as his energy and capability will help grow our United States investment efforts enormously,” Daniels said.

CAI Fund V LP, which the firm will likely start raising in the next year, will effectively be a debut fund for a new firm led by McVicar and Weinstein. CAI also has six less-senior investment professionals, led by Directors Mark Piotrowski, who joined in 2004, and Curtis Johansson, who joined in 2006.

“The big challenges in starting your own firm are being out of the market—it takes a year, year-and-a-half to raise a fund; I’d become irrelevant during that period,” Weinstein told Buyouts. “For me, the opportunity to build the U.S. business [for CAI] was extremely appealing.”

Lincolnshire, for its part, is losing a rising star—a buyout shop doesn’t keep a deal pro around for almost two decades if they’re not producing—at a time when its senior leadership needs to start thinking about the next generation. Under the senior leadership of Maloney, Lyons, Senior Managing Director Vineet Pruthi and Director Tom Callahan, the firm has four managing directors, three directors, two principals and a number of associates and analysts.

Weinstein said he believed Lincolnshire would manage the transition successfully.

“They’ll have a strong firm no matter what,” he said.