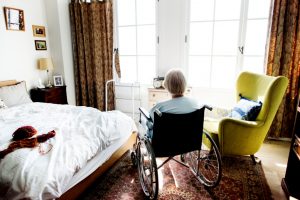 A longtime believer of care in the home, Wellspring Capital Management is getting back into the sector with the acquisition of Caring Brands International, PE Hub has learned.

With roots dating to 1966, Sunrise, Florida-based Caring Brands has a long tenure in home care, and over time has differentiated in a few ways.

One is the sheer international scale of the platform, which operates under three brands: Interim HealthCare in the US, Bluebird Care in the UK and Ireland, and Just Better Care in Australia. Notably, Caring Brands is the seventh-largest home health provider in the US and the largest in its other geographic regions.

Caring Brands is also one of the only (if not the only) to offer the entire continuum of care at home: skilled nursing, home health, assistance with daily living activities, end-of-life hospice care and healthcare staffing. Most scale players focus on one of these services.

The combined platform accounts for 550 locations (including 41 states in the US alone), which are operated by more than 350 franchise owners and operators. Caring Brands produces north of $1.3 billion of system wide sales annually.

While Caring Brands locations are predominately (90 percent-plus) franchised, the company has the ability to assume full ownership of franchise locations. This might occur in situations where the owner is retiring or a franchise is underperforming, for example.

For Wellspring, Caring Brands marks its third foray into home care — each of which have been of a different vein.

In August 2020, the firm five years into its investment sold a majority stake in Help at Home, retaining a minority stake in the nonmedical home care company. Its sale to Centerbridge Partners and Vistria Group commanded an enterprise value of approximately $1.4 billion, PE Hub wrote. Wellspring’s first wager in the space dates to 2014, when it invested in hospice and home health business Great Lakes Caring. It sold the company less than three years later to Blue Wolf Capital Partners.

The seller, LLCP, is also a repeat investor in home care. More specifically, Caring Brands is its second exit in the home care franchise arena, having unloaded its investment in Senior Helpers in 2016 through a sale to Altaris Capital Partners.

Advocate Aurora Enterprises represented the first strategic buyer of a home care franchisor in over a decade. Traditional strategic buyers of home care businesses have historically strayed from the franchise model because of limitations including an inability to influence brand operations.