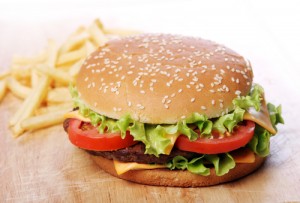 The status of the Checkers Drive-In Restaurants’ auction has come into question.

Wellspring Capital Management has decided to pull the Checkers sale and is instead pursuing a dividend recap, three sources tell peHUB. But a different person maintains that the process is alive and bidders are still conducting due diligence.

New York-based Wellspring, a middle market PE firm, put Checkers up for sale over the summer, sources have told peHUB. North Point Advisors and Harris Williams & Co. advised on the process. Wellspring had been seeking bids of 9x, sources say.

Bids for Checkers were apparently below expectations. One banker says Wellspring didn’t get any “real” offers for Checkers during the final round. “Some parties were interested in bidding for Checkers at 6x,” the source says.

Wellspring is now pursuing a dividend recap of Checkers instead of a sale, sources say. It’s unclear how big the dividend will be, but a second banker says it will likely hit at least $150 million.

A different source maintains that the Checkers auction is alive and bidders continue to conduct due diligence. Wellspring is seeking to recap Checkers but hasn’t decided whether it will opt for a dividend, the person says. “You don’t need to sell 100% of equity to get a good outcome for LPs,” the source says.

News of the Checkers auction comes a week after Dave & Buster’s Entertainment, which is backed by Oak Hill Capital Partners, pulled its IPO at the last moment. (Wellspring sold Dave & Buster’s to Oak HIll in 2010 in a $570 million deal). Einstein Noah Restaurant Group also said Tuesday that it was considering paying out a special dividend. In May, Einstein Noah said it was exploring strategic alternatives.

High price expectations are preventing some middle market restaurant deals from getting done, the first banker says. Restaurant competition remains fierce due to overcapacity and there’s little strategic activity in the space, the source says. “Investors will pay for growth and it is unclear from a lot of these middle market companies/brands where that is going to come from,” the banker says.

-Olivia Oran contributed to this report.