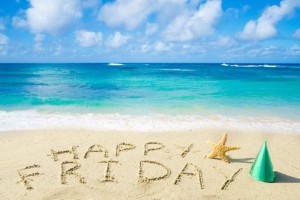 It’s been an exhausting week, in all senses of the word. Hope you’re able to find some peace of mind this weekend.

Here’s an interesting deal for you: CC Capital, launched in 2016 by ex-Blackstone Group executives, formed a special purpose acquisition vehicle in 2018 that found its deal. The SPAC, Collier Creek Holdings, agreed to a merger with Utz Quality Foods, a Pennsylvania snack food company created in 1921 whose potato chips are ubiquitous in the northeast.

The SPAC will use its $453 million, along with $35 million from its sponsors and directors, in the deal. Utz will use proceeds to pay down debt to around 3.1x estimated 2020 Pro Forma Adjusted Ebitda, as well as pay current ownership. The Rice and Lissett families will hold a 50 percent stake, while public shareholders and Collier Creek will own the rest.

Collier Creek was formed by Chinh Chu and Jason Giordano, who lead CC Capital, as well as ex-Kraft Foods CEO Roger Deromedi. Chu was a senior managing director and co-head of private equity at Blackstone, while Giordano worked at Blackstone in consumer goods. Deromedi was the former CEO of Kraft Foods and the chairman of Pinnacle Foods. He will become chairman of Utz brands, while Dylan Lissette, who has been Utz’s CEO since 2013, will continue to lead the business.

Change is required and called for to address the injustices exerted upon our fellow Black citizens. As Latinos, we understand that this is a shared struggle to create a more equitable and democratic society. As such, we call on all local, state, and Federal officials to implement laws that adequately address these valid grievances and hold our elected officials and police leadership accountable. We also ask all citizens to be agents of change to demand such transformation via the ballot box.

Top Scoops
The first “regular people” who will get the ability to access private equity will likely be workers who are part of customized defined contribution programs at large corporations. Such programs already have experience in the asset class through their traditional pensions, sources told me this week.

Customized defined contribution plans, which differ from standardized “off-the-shelf” products, are set up by large companies either internally or with external help.

Those pensions have a comfort level with private equity and their investment managers have been clamoring to get private equity into their defined contribution programs, sources said. Read it here on Buyouts.

Welsh, Carson, Anderson & Stowe is approaching a full or partial sale of InnovAge that could produce a transaction around $900 million, writes Sarah Pringle on PE Hub. Final bids are due early next week for the company, a provider of elder care. Read it here.