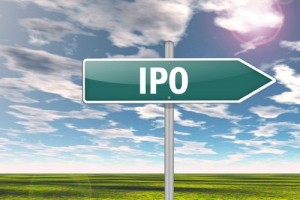 Hauppauge, New York-based TransFirst, one of the largest providers of secure payment processing in the United States, has filed to raise as much as $100 million in its IPO. Bank of America Merrill Lynch, Goldman Sachs, JPMorgan and Deutsche Bank are underwriters on the deal, a July 30 SEC filing said.

TransFirst, a payment processor, handles about $48 billion in annual transaction volume for about 200,000 merchants and financial institutions, according to its website. TransFirst’s revenue rose nearly 13 percent to $1.067 billion in 2013, while net income plunged nearly 66 percent to $16.3 million, the SEC filing said. Adjusted EBITDA was $114 million.

In June, peHUB first reported that TransFirst was considering going public. The IPO comes after a failed auction process for TransFirst in 2012. TransFirst had sought bids of $1.3 billion to $1.5 billion, but the auction did not produce a buyer. TransFirst opted instead to pursue a dividend recap; a distribution of roughly $200 million went to common and preferred shareholders, Moody’s said at the time.

A public offering would provide an exit for Welsh Carson, which is out fundraising. The New York PE firm acquired TransFirst in 2007 from GTCR for $683 million. The deal included $495 million in debt, Thomson Reuters Loan Pricing Corp said. Welsh Carson is currently seeking $3 billion for its 12th pool, peHUB has reported.

Just because it has filed for an IPO does not mean the payment processor actually will go public. The company could opt for a dual track process where it files for an IPO but still pursues a sale. Comdata, owned by Thomas H. Lee Partners LP and Fidelity National Financial, has filed for an IPO. But FleetCor Technologies, along with The Carlyle Group and Silver Lake, are trying to buy it, Reuters reported. Mercury Payments Systems, a non-bank payment processor owned by Silver Lake, also filed to go public in March. Two months later, the company had inked a $1.65 billion sale to Vantiv LLC, another large payment company.

TransFirst has hung out a “for sale” sign, one banker said. “It will be a dual track process,” the source said.