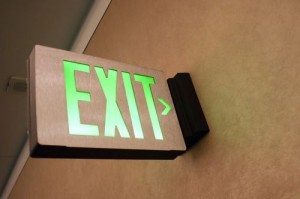 Welsh, Carson, Anderson & Stowe has found a buyer for TransFirst Holding after a seven-year hold.

On Monday, Vista Equity Partners said it would buy the payment processor. Press reports pegged the deal at $1.5 billion. Welsh Carson, which tried to sell TransFirst in 2012, is making 4x its money with the deal, according to The Wall Street Journal.

Welsh Carson invested in TransFirst with its 10th fund, which closed at $3.3 billion in 2005. Welsh, Carson, Anderson & Stowe X LP generated a 6.9 percent net IRR and 1.5x multiple as of March 31, according to CalPERS, a limited partner in the fund.

Welsh Carson had tried to sell the payment processor in 2012. It had hoped for bids of $1.3 billion to $1.5 billion, but the auction did not produce a buyer. Instead, Welsh Carson opted to pursue a dividend recap; a roughly $200 million distribution went to common and preferred shareholders, Moody’s Investors Service said at the time.

TransFirst paid out another dividend of $145 million in July to its shareholders, Moody’s said. That month, TransFirst filed to go public but many sources told peHUB at the time that the payment processor would likely be sold.

The TransFirst deal is Welsh Carson’s fourth exit this year. It sold GlobalCollect for 820 million Euros (US$1.03 billion) this month, sold CCHN Group Holdings (aka Matrix Medical Network) to Providence Service Corp last month for $400 million, and completed the sale of Peak 10 in June for $730 million. In addition, portfolio companies K2M and Paycom went public this year.

TransFirst is one of the largest providers of secure payment processing in the United States. The Hauppauge, N.Y.-based company handles about $48 billion in annual transaction volume for about 200,000 merchants and financial institutions, according to its website.

[contextly_sidebar id=”Aqx0xKXjerBYT1PfP9XkTHoIH3oLFbeJ”]The sale to Vista is the third time TransFirst will be owned by a private equity firm. New York-based Welsh Carson bought TransFirst for $683 million in 2007 from GTCR. The deal included $495 million in debt, according to Thomson Reuters Loan Pricing Corp. It’s unclear exactly how much Welsh Carson invested, but the equity appears to be less than $200 million.

The sale of TransFirst comes as both Vista and Welsh Carson are fundraising. The technology-focused Vista Equity has already surpassed its $3.5 billion target for its fifth fund, while Welsh Carson is seeking $3 billion for its 12th pool.