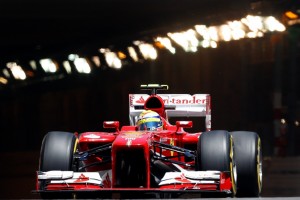 Every year, the signs are there: the phone stops ringing, my email grows empty and private equity executives become hard to find. This means we’re heading into the long Memorial Day weekend.

peHUB has often tried to figure out what PE and VC execs do on vacations. Do they jet to glamorous places, like Monaco, the Hamptons or South Beach, and drink martini’s poolside? Are they spending the weekend deal-making? Or, like the rest of us mere mortals, will they be dusting off the grill and BBQing with the family?

Once again, this year it’s a mix. I did find one PE pro who is in Monaco and going to the Formula One Grand Prix. This is his first time at the race, he says. The exec, who is traveling with friends, says the Grand Prix is a great place to network, as well attend some good parties. “Fun, interesting and accomplished people from all over the world attend,” he says.

For other East Coast executives, the Hamptons, Cape Cod and Vermont are popular destinations this weekend, according to several sources. One PE exec said he couldn’t decide between attending Formula One in Monaco or the Indy 500. “I’m going to do both but from my couch in the Hamptons,” he says.

Execs on the West Coast, meanwhile, are travelling to Sonoma County or San Diego’s Sea World with their families. Graduations, BBQs and weddings are on tap this weekend for buyout and VC pros all over the country.

Interestingly, roughly a handful of executives — a mix of PE, VC and bankers — say they will be working this weekend. This makes us nervous. Last year, a similar phenomenon occurred when only a handful of buyout execs told peHUB they planned to work. The second half of 2012 turned out to be a dud for M&A.

Still, those who will be in the office this weekend say business is booming. “This is like 2002-2003,” one buyout pro says. “It’s a tremendous time to be doing stuff.”

Who’s got the best Memorial Day weekend plans? That prize goes to the private equity executive who is traveling to Portugal from Estonia to attend a wedding of his coworker. “I bet that is different,” the PE source says.

The biggest laugh goes to the PE exec who admitted he wasn’t sad he won’t be going with his 11-year old daughter to a Taylor Swift concert this weekend. “I wasn’t invited,” the exec says. Instead, he says he’ll be hanging out with his sons playing soccer and baseball, and being a “child shuttle service.”