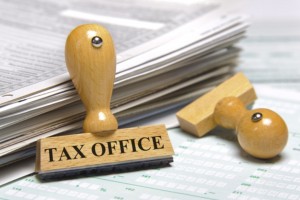 There has been a lot of talk in PE circles about the record breaking middle market deal flow in the fourth quarter of 2012 ($83 billion) and how this compares to the sluggishness in the first two quarters of 2013 ($46 and $40 billion). There could be a variety of factors at stake, but a case can be made that investors were rushing at the end of the year to make deals because of the tax increases set to take place on January 1.

Every seller of an asset with a significant built-in gain knows the timing of their sale is important, and the change in tax laws makes timing even more important to consider. Why would a business wait on a deal if the capital gains rate increases from 15 percent to 20 percent and there is a new 3.8 percent surtax on investment income above $250,000? This was a major question asked during the fourth quarter of 2012.

Now that the new tax rates are in the books, middle market investors should start paying attention to how the tax reform debate in Washington will impact their funds and portfolio companies. While rewriting the tax code, Congress should keep in mind that middle market businesses account for $9 trillion in revenue and employ two thirds of our nation’s workforce.

Some in Washington want to lower the corporate rate all the way down to 25 percent. This would be significant for the competitiveness of American corporations and would have a significant positive impact on many middle market companies.

However, the tax reform debate is not just a question of what will happen to the corporate tax rate. Behind the scenes, tax writers are grappling with the trade-off between lower tax rates and reduced business deductions. So what does this mean for middle market companies and private equity deal flow? For starters, debt-financed deals could take a hit if Congress decides to restrict interest deductibility in exchange for a lower corporate tax rate.

For debt financed companies, this is not a good trade-off. Middle market companies carry a median 58 percent of debt, and private equity funds are crucial to financing these types of businesses. If Congress decides to restrict the use of this commonly used business expense, companies might think twice about debt financing.

The job of reforming the tax code becomes a lot more challenging when we look across the spectrum of businesses in the American economy. There are variations in the average corporate tax rates across different industries, largely due to tax expenditures that may benefit one industry over another. According to the Treasury Department, the average tax rate for utilities companies is 14 percent but the average tax rate for construction businesses is 31 percent.

The same Treasury report states that income from a typical investment in structures for oil and gas yielded an effective tax rate of about 9 percent compared to a 32 percent rate for investments in manufacturing buildings. Congress can narrow the gap on the tax treatment of different assets by removing many tax expenditures including accelerated depreciation, the Research and Development tax credit, the domestic manufacturing deduction and a slew of other industry specific components.

Taking a step away from the impact of tax reform on middle market portfolio companies, it is worth mentioning how tax reform may impact the partnership tax structure that many funds use.

The House Ways and Means Committee released an option to make significant changes to partnership tax law. Some of these changes would require mandatory adjustments of basis for certain transfers of property and require quarterly withholding of taxes from each partner’s income.

But House Ways and Means Chair Dave Camp and House Budget Chair Paul Ryan also plan to reduce pass-through marginal income tax rates to 25 percent. Individual and family deductions would be more limited if this happens, but this would provide some relief for LLCs, S-Corps, and Partnerships that have high effective tax rates. Another consequence of this change would be the narrowing of the delta between the capital gains rate and the ordinary income rate, which would make carried interest less of an issue.

While achieving tax reform is still an uphill battle, if Congress does make headway, the PE industry will be noticeably impacted.

Chris Walters is a senior director at the Small Business Investor Alliance (SBIA).