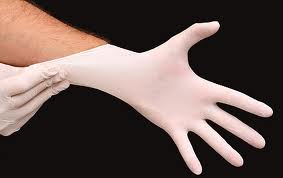 By March 30, about 2,000 firms with $150 million or more in assets, many of them private equity shops, are expected to be newly registered as investment advisers with the SEC as mandated by the 2010 Dodd-Frank financial reform law.

These exams can take a long time, be a costly distraction and damage your firm’s reputation, two experts who’ve been involved with hundreds of them tell Buyouts. Their advice: Take the new requirement to register with the agency seriously and go above and beyond the law’s baseline requirements.

“We have had firms examined where the SEC staff was in their office four, five, six months with the associated distraction to their business,” said Barry Schwartz, who conducted more than 90 exams of registered investment advisers as a staff accountant with the SEC’s Office of Compliance Inspections from 1998 to 2002, before co-founding of ACA Compliance Group, a Washington, D.C.-based regulatory compliance adviser for private funds and other investment advisers. “We have had firms spend $100,000-plus in legal fees to identify and extract privileged communications from their e-mail records.  We have had firms that needed to recalculate a 10-year performance track record to prove the accuracy of reported returns.”

The SEC has roughly 500 examiners nationwide in the investment adviser area who will typically conduct about 1,100 to 1,500 exams of registered investment advisers annually. Because of the number of new registrants the SEC will be overseeing after March 30, first exams will likely be a “desk review” by the office of compliance inspections, Schwartz said. However, some of those will result in an on-site inspection. Below is an excerpt of how an on-site inspection works from a feature in the latest issue of Buyouts.

With an on-site exam, the SEC informs you that a team of about three to four from its compliance inspections office (the Division of Enforcement also conducts exams) will be coming to your firm at a certain date, but it will not provide an end date. In short, be prepared to have some uninvited guests for some time.

During their stay at your firm, examiners will be reviewing documents they requested; requesting more documents to review; and interviewing staff, including high-level executives, analysts, finance people, the chief compliance officer, investor relations, risk officers and the general counsel.

If the compliance inspections office is conducting the on-site exam, there are generally three potential outcomes at the on-site exam’s conclusion. The ideal outcome is for the SEC to send a letter thanking the firm for its time, and informing it that it has nothing further to comment on. End of story. On the opposite end, that letter would say the agency has found one or more things that are so egregious that the inspectors are handing the file over to enforcement attorneys to investigate further.

The most common outcome, Schwartz said, is a “deficiency letter.” The agency might inform the firm, for example, that its balance sheet should be kept up to date, and it wants to see it improved; or that its controls on conflicts of interest aren’t strong enough; or that there isn’t enough substantiation for its portfolio company valuations; or that its disclosures in marketing materials are insufficient or misleading. Schwartz estimated that 5 percent of on-site reviews conclude with no action, 5 percent are recommended for enforcement investigation, and 90 percent conclude with a deficiency letter.

In cases resulting in a deficiency letter, the firm responds stating what it will do to address the issue. The agency might respond, in turn, suggesting it also take other certain measures. In all, there might be an exchange of two to three letters between the examined firm and the SEC before a conclusion to the exam is reached.

In some cases, the conclusion of an exam might call for the firm to submit to the examiners its quarterly financial results for the next year or two, changes made in its marketing materials, or changes made in how it values investments. More often, Schwartz said, the agency will accept “on faith” that the firm will make the changes. Schwartz cautions that firms should till take this very seriously; the SEC will make sure to evaluate the changes during the next exam.

“If there’s one thing that annoys examiners, its recidivism,” Schwartz cautioned. “When you tell them you will do something and you don’t, you hurt your credibility with them. The visits become more frequent, more in-depth.”