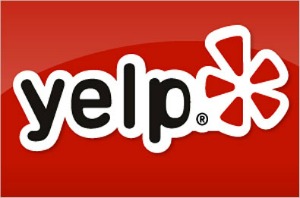 There are a few VCs who just couldn’t wait for summer to end already.

Specifically, this would include Bessemer Venture Partners, Elevation Partners and Benchmark Capital. Up to seven times as many shares as Yelp brought public in March can be sold beginning mid-week, and much of it may come from the venture capital firms that are both scared of a stock slide—but even more fearful of disappointing their real cash cows, the limited partners.

Given that Angie’s List shares, perhaps one of the closer comparables to Yelp, slid more than 25% upon its lockup expiration, it isn’t unfathomable that Yelp stock could fall even more, perhaps 30 percent. Part of what dragged Angie’s List shares down (aside from its unprofitability) was the fact that one of its VCs dealt much of its stock to limited partners, who then turned it into cash on the open market. Having seen the wrecks that the IPOs of Groupon, Facebook and Zynga turned into, could you really blame ‘em?

For venture capital firms, the opportunity to transition as much as 59% of Yelp’s stock into cold, hard LP returns won’t just be enticing, it will be expected from their biggest investors. Come tomorrow, there are potentially a far greater number of Yelp shares hitting the market post-lockup than there were in the case of Angie’s List.

Last week, volume of Yelp shares more than quadrupled from what it was, gauging by recent weeks, to an average of more than one million shares exchanging hands daily. And after pricing at $15 per share (and ticking up more than 60% on some generous day-one pop), it is clear that investors are heading for the exits while selling is still attractive.

To be certain, insider selling should not—at least in this case—necessarily be taken as a sign of weakness. Since its March IPO, Yelp quarterly results have shown improvement. And, unlike other IPOs—successful ones and flops alike—including LinkedIn and Facebook, there was no early insider selling by Yelp shareholders, be that in the form of a secondary offering or a quick exit at the IPO launch.

Right now, however, we’re just hours away from Yelp turning into ‘Yikes’ for those who elect to hold its stock.