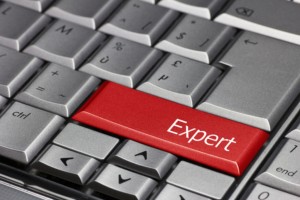 As the private equity environment gets more competitive, some firms are finding an advantage by specializing in specific sectors. And according to a new study from Cambridge Associates, their limited partners are benefitting from their specialization.

Sector-focused funds have returned an aggregate 2.2x multiple on invested capital and a 23.2 percent gross internal rate of return between 2001 and 2010, Cambridge said. That compares to the 1.9x multiple and 17.5 percent gross IRR returned by generalist funds during that time period.

[contextly_sidebar id=”at5cfAyko5J6pahfLtb21BF5wCzTozae”]Cambridge defines sector-focused funds as those that invest more than 70 percent of their capital in the consumer, financial services, healthcare or technology sectors.

“In an increasingly competitive private equity environment, a manager’s ability to demonstrate deep expertise in a focused field is a key differentiator,” Andrea Auerbach, global head of private investment research at Cambridge, said in a statement.

The challenge for LPs is to determine who is really a sector expert, Auerbach said in an interview.

Many firms claim to focus on several sectors, but it’s important to determine if they “live and breathe” the sector, or if they are simply calling themselves specialists “so the right sector banker can find you with their deal flow,” Auerbach said.

“You can have sector-focused individuals, or teams within larger firms who are ultimately competing against complete firms [where] that’s all they do is that sector,” Auerbach said.

Examples of sector-focused firms include Vista Equity Partners and Thoma Bravo, which focus on software and technology; Leonard Green & Partners, which has a major focus on consumer-related investments; and Stone Point Capital, which focuses on financial services.

Both Vista and Thoma Bravo have managed top-performing funds in recent years. Vista’s $1.3 billion third fund, which closed in 2008, generated a 29.9 percent net IRR and a 2.6x multiple as of March 31, according to the California Public Employees’ Retirement System, an investor in the fund. Vista Equity IV, which raised $3.5 billion in 2012, generated a 1.2x total value multiple as of Aug. 31, according to the New Jersey Treasury.

Thoma Bravo’s 10th fund, which closed on $1.25 billion in 2012, generated a 36.9 percent net IRR as of March 31, according to the California State Teachers’ Retirement System.

While these sector-focused funds have done well, being too narrowly focused “can cause a manager to have pressure to deploy capital when a sector is overheated,” said an industry consultant who asked not to be named.

The Cambridge report runs counter to a white paper published a few months ago by RCP Advisors, which states industry specialization is only “weakly” correlated to performance in the lower middle market.