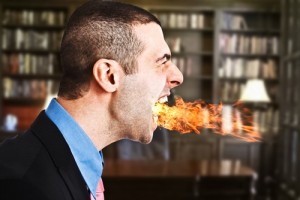 Deceptive reviews have always plagued venture-backed startups whose businesses rely heavily on ratings — from services like Yelp and TripAdvisor to e-tailers. But the problem of deceptive reviews may be more complicated than first thought.

According to a recent academic study, not only do competitors plant damaging reviews online, but perfectly loyal customers – who haven’t purchased the product they are reviewing and have no financial incentive to review it – sometimes do it, too.

Why? The study — published by marketing professors Eric Anderson of Northwestern University and Duncan Simester of MIT — doesn’t dive too deeply into the psychology of the reviewers. But the evidence culled by the pair suggests that such customers are acting as self-appointed brand managers, and that the reviews “provide a convenient mechanism for them to give feedback to the firm.”

The study is far from comprehensive. While the authors determined who bought what in a variety of ways that they outline in their research, including “psycholinguistics,” or clues that suggest when a message is more likely to be deceptive, they studied just one “prominent private label apparel company” whose products are available through the firm’s own retail channels.

Still, the study’s findings showed that within that company – which has “hundreds of competitors” – roughly 5 percent of the reviews were written by customers that did not buy the item they reviewed, and those reviews were “significantly more negative on average” than the 95 percent of the reviews where there was a record that the customer purchased the item. These self-appointed brand managers “on average have each purchased over 100 items from the firm,” says the study.

Considering the power of reviews, e-tailers that don’t already provide their customers with an easy way to provide feedback might want to consider making it a priority. After all, negative reviews reduce sales, no matter what the motivation behind them. And according to Anderson and Simester, the effect is “asymmetric,” meaning the negative impact of low reviews is greater than the positive impact of of high ratings.

You can read the full study here: Deceptive Reviews by Anderson Simester.