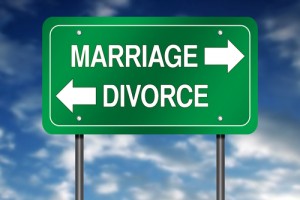 Over a 10-year period ending in 2011, Harvard Business School professor Noam Wasserman researched roughly 10,000 founders, finding that by a company’s third round of funding, half of all original CEOs were gone, the vast majority forced out by their board of directors or outside investors.

It’s no surprise to anyone who follows the industry. Sometimes, founders are ousted because a startup isn’t performing as expected. Sometimes, investors think a new CEO could do better. Lesser known is that CEOs are sometimes shown the door because a startup’s senior managers threaten to hightail it otherwise. In fact, in a recent blog post on the topic, venture capitalist Fred Wilson suggested the last scenario happens more than you might imagine. “If I think about the times I have had to remove a CEO,” wrote Wilson, “by far the most common reason was the loss of confidence of the team in the CEO.”

It doesn’t have to be that way, say grizzled startup veterans and advisors. Among them is Bill Tobin, a business consultant and coach at Strayer Consulting Group, a firm that has worked with hundreds of Silicon Valley startups and venture capital firms over the last 30 years.

Tobin relies on “360-degree performance evaluations” to identify and sometimes fix problems with CEOs. He cites one example of a founder that board members were ready to dispatch. After Tobin discovered that the CEO was having problems working through a family tragedy, the board decided to keep the CEO, and the company was sold for a profit a year later.

Still, engaging with a firm like Strayer can be costly, and many startups don’t recognize how troubled they are until they reach the point of no return. “The companies that most need to do them don’t,” says Tobin. “360s and the subsequent feedback [they produce] is like marriage counseling. People should go before they’re wed; instead, by the time they visit a marriage counselor, it’s usually too late.”

It’s a scenario that investor and entrepreneur Paul Kedrosky knows well. He recalls “literally golfing with senior management of a company in which I’d been involved as an investor. And I was told that if something didn’t change at the CEO level, they’d all leave.” Kedrosky’s first question to the group was, “Did you tell the CEO this? Because it’s much better if you resolve it yourselves.”

In this particular case, says Kedrosky, the board conducted its own investigation and wound up firing the CEO, an outcome that he characterizes as “nobody’s first choice of options.”

But the outcome could have been the reverse, where some of the employees were fired, which Kedrosky has also seen and characterizes as equally difficult. “The CEO ends up defending themselves and the board has to decide: Do I back the CEO or this employee?”

Either way, says Kedrosky, once a board is involved in an internal dispute, there’s usually carnage. “Once you get mom and dad involved,” he notes, “everyone is going to end up doing the dishes.”

Little wonder that Steve Eskenazi, an active angel investor and board member, advocates for establishing ground rules for communication very early on.

“Before you take professional money, a pro forma conversation should take place between the CEO and the founding team and the investors as to how much access and openness they want to encourage.” That conversation is especially important given that much of the time, investors are helping to recruit the management team and could thus already have strong ties to some employees. “Without rules of engagement, it becomes a free-for-all,” says Eskenazi. “You’re just asking for potential problems.”

In Tobin’s view, it’s crucial for a CEO to establish these boundaries. Indeed, while CEOs should encourage “an open ongoing dialogue,” he suggests that CEOs who bow out of the discussion entirely do so at their own risk. “As a CEO, if one of my board members wants to talk with my team, [I say] just let me know, and let me know what the topic is, and if it’s useful, let me know what happens and if anything useful came out of it.”

Tobin also suggests that CEOs treat senior managers as possible future CEOs, including allowing them to feel comfortable building relationships with the startup’s board members. A CEO “should want his or her team to operate independently to make good decisions,” he says. He or she should also want senior managers to “have [board-level] relationships, so if they go on to raise money, it’s not the first time they’re sitting down with venture capitalists.”