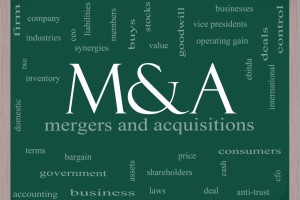 Anyone familiar with the private equity sector knew that the first half of 2013 was going to be slow going for the M&A market. The increases in the capital gains rate that went into effect on January 1, 2013 created a compelling incentive to complete a sale or dividend recap by the end of 2012 or suffer paying higher taxes on the gain from those transactions.

But most professionals also thought the last half of 2013 would see a resurgence in M&A activity. Not only are the debt markets extremely favorable for borrowers right now, offering historically high leverage at low interest rates, but purchase price multiples are also at near record highs. Yet, despite these compelling deal dynamics, the third quarter M&A volume statistics turned out to be anemic and, although only anecdotal at this point, the fourth quarter—the period that all professionals were sure would rock the deal charts—isn’t shaping up to be much better.

So where are all the deals?

Let’s try to answer this question by looking at our favorite hypothetical, sponsor-backed widget company. With revenue of $250 million, EBITDA of $20 million and minimal capital expenditures and working capital needs, the private equity firm was sure to put it on the market in 2013 after holding it since 2007. And, based upon the comps, the company was sure to fetch upwards of 8.0x in this market, right?

But a funny thing happened on the way to the sponsor recognizing a home-run on its investment. When buyers began to study the financials, they realized that the company’s sales and earnings were flat for the last three years. And despite the attractive leverage available to private equity buyers and their need to deploy capital, the projected IRR for a minimal growth company with an 8.0x purchase price was a measly 15 percent.

Interestingly, the seller couldn’t argue with this math but, because they bought the company in 2007 for roughly the same 8.0x multiple, unless they sold it for at least this price, their own returns would be insufficient to help them raise their next fund. Better to just hold onto the widget company then sell it for a price that might mean the end of their firm.

There is unquestionably a mismatch between the lofty purchase price multiples most sellers are expecting and the low growth exhibited by many middle-market companies.  Lincoln International tracks the quarterly performance of almost 450 middle-market companies and, interestingly, for the past four quarters, an increasing percentage of these companies experienced no growth in year over year revenue. For the quarters ending in March and June 2013, approximately half of all those companies tracked by Lincoln showed decreases in earnings compared to the prior year.

When delving further into the data, these performance decreases are being seen across all industries, especially for companies with less than $50 million in EBITDA. There are a lot of reasons being tossed around to explain these statistics, but the fact of the matter is a low growth environment and high purchase multiples are incompatible, even with the abundance of available debt financing and astonishingly low interest rates. No doubt these are disappointing numbers, particularly five years after the start of the Great Recession, but they go a long way to explaining the lack of deal flow.

Unfortunately, there are only three ways to break the M&A logjam. First, the long awaited resurgence in sales and earnings growth for middle- market companies’ returns and forecasted growth of 8 percent becomes not just a dream but a true possibility. Second, purchase price multiples decline so buyers can obtain their needed IRR without hoping for a growth rate that never materializes. Or, third, private equity buyers decide that the lower IRRs are the new normal and elect to invest capital rather than sit on the sidelines in hopes of better days.

None of these three options seems particularly pleasant, or likely. For starters, if nothing else, the current environment in Washington is sure to diminish, rather than enhance, most companies’ future prospects. It’s equally unlikely that sellers will be willing to lower their purchase price expectations even if they realize their company may not be as pretty as they once thought it was. Lastly, private equity has, and always will, focus on IRRs. It’s the lifeblood of the profession so expecting buyers to lower their return expectations is just not going to happen.

So the current M&A environment may really not be anemic after all but, rather, may represent the new normal.

This story was first published in sister publication Buyouts. Subscribers can read the original story here.