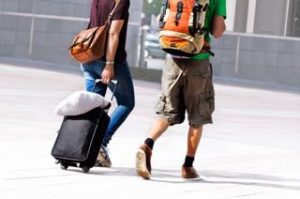 Orbitz Worldwide Inc., in a move that surprised some market observers, has agreed to be sold to rival Expedia Inc. in a deal valued at $1.6 billion or $12 a share.

Private equity, which had owned Orbitz before, was expected to bid for the online travel site. PE was in the running, one banker said, though it’s not clear who was involved. Expedia’s rich $12-a-share offer provides a near 25 percent premium to Orbitz closing share price of $9.62 Wednesday.

“I was surprised by the regulatory side of things,” the banker said, referring to Expedia’s $280 milion deal to buy Travelocity last month. “It will be interesting to see how the government reacts to it.”

Competitors in the online travel agency space, like Priceline.com, could object to the sale based on antitrust issues, though Reuters, citing three antitrust experts, said the deal would likely get U.S. antitrust approval. The combined Expedia-Travelocity-Orbitz will have powerful leverage in negotiating deals with hoteliers around the world, Skift.com said.

With the Orbitz acquisition, Expedia is the largest player in the travel retail area with more than 6 percent market share, Brian Fitzgerald, a Jefferies LLC analyst, wrote in a research note Thursday. The deal reduces the big four of U.S.-based online travel agencies —Expedia, Travelocity, Orbitz and Priceline—to just two, Skift.com said. Expedia and Priceline have been gobbling up rivals over the past few years, spending nearly a combined $8 billion, the travel news site said.

“It’s an arms race and Orbitz was underperforming,” a second banker said.

Bloomberg News reported in January that Orbitz was up for sale: Goldman Sachs was tapped to run the process. Many had expected PE to be victorious.

Orbitz hasn’t had the best run with private equity. In 2006, Blackstone and TCV acquired Travelport, parent of Orbitz, in a deal valued at $4.3 billion. Blackstone and the buyers reportedly invested $900 million equity into the transaction, which included Orbitz. Just months after buying Travelport, the firms loaded the company with $1.1 billion in debt to fund a dividend payable to the owners.

Before the sale, Orbitz in 2006 did not have any outstanding debt, according to SEC filings. Orbitz became “obligor” for $850 million of that debt that was payable to Travelport in January 2007, SEC filings said.

The company, as of Sept. 30, still had a balance of about $448.9 million in loans, a regulatory filing said. Blackstone owns about 3 percent of Orbitz.