PE Hub
Home News and Analysis PE Deals Which PE firm (or firms) is selling some of its Asurion stake?
Scoops & Analysis 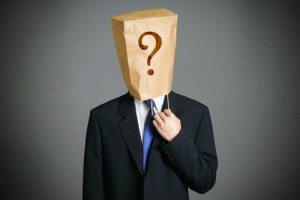 Asurion LLC is raising debt to partly fund a minority buyout of one or more of its private equity sponsors.

The debt will fund a minority equity buyout of one or more of Asurion’s PE sponsors, Standard & Poor’s said in a July 22 note. The company also plans to use the proceeds to partly refinance debt, as well as to pay for transaction-related fees and expenses, LPC said.

It’s unclear which of Asurion’s shareholders is selling. Five private equity firms—Madison Dearborn Partners LLC, Providence Equity Partners LLC, Welsh, Carson, Anderson & Stowe, Berkshire Partners and the Canadian Pension Plan Investment Board—own a majority of Asurion. The sponsor (or sponsors) that is selling acquired its original investment in 2007 and then made another investment in 2012, S&P said. That would appear to make Madison Dearborn, Providence Equity and Welsh Carson the most likely candidates.

Madison Dearborn, Providence Equity and Welsh Carson acquired Asurion in July 2007 for $4.1 billion. Berkshire Partners effectively invested in Asurion in 2006 and then again in 2012, according to a Berkshire 2012 year-end summary. (Berkshire, along with Freeman Spogli & Co., acquired N.E.W. Customer Service Companies Inc. in 2006. N.E.W. in 2008 then merged with Asurion.)

Asurion is expected to redistribute equity from the selling shareholders to new and existing investors. Leverage following the deal would increase to 6.5x from 5.7x for the 12 months ended March 31, S&P said.

Moody’s Investors Service downgraded Asurion’s family rating to B2 from B1 based on the company’s plans to increase debt to fund the minority equity buyout as part of a recap. B2 is more speculative than B1, while B3 is the most speculative, Moody’s said.

Both Madison Dearborn and Welsh Carson are in fundraising mode, making it an ideal time to return money to investors.

Madison Dearborn is seeking $3.75 billion for its seventh fund. MDP used its fifth fund, which has been criticized for taking part in large buyouts transactions during the buyout boom, to invest in Asurion in 2007.

Welsh Carson has been raising its twelfth pool, which is seeking $3 billion. Providence Equity, meanwhile, closed its seventh flagship fund at $5 billion in 2013.

Asurion did not return calls or messages for comment. Providence, Welsh Carson, CPPIB and Berkshire also could not be reached for comment. Executives for Madison Dearborn declined comment.