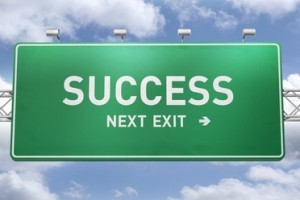 White will be exiting in the next few months, a person says. He is leaving because GSO’s second mezzanine fund, which raised $4 billion in March, will no longer invest in middle market PE, the source says.

White, a Blackstone senior MD, is co-head of U.S. product sourcing and head of PE for GSO Capital Partners. He joined GSO in 2005 from the Audax Group where he was an MD in the private equity group. In 2008, Blackstone acquired GSO for as much as $930 million.

White was able to make a number of control PE investments with GSO’s first mezz fund. But GSO, when it raised the second pool, agreed to “entirely eliminate” these investments, according to a letter to LPs.

The firm spent several months trying to find ways to keep White at GSO/Blackstone, the letter says. White is leaving with the full support of GSO and the buyout shop, the letter says. He will work as a senior advisor to GSO and retain a role on the firm’s investment commitment, according to the letter.

“He has been a great colleague and friend over many years, and certain partners of GSO/Blackstone will be investing in his new initiative,” the letter says of White. “More importantly, he will continue to be involved in our mezzanine activities.”

Mike Whitman, Dwight Scott and Rob Petrini will continue to oversee GSO’s mezzanine business. The execs will be joined by Louis Salvatore, one of GSO’s original partners. GSO Capital Opportunities Fund II has invested about $1.1 billion, the letter says. The fund comes with LP-friendly terms, which includes 1.5% management fee on invested capital, according to Private Equity International. This contrasts with the more traditional model of charging management fee on committed capital, PEI says.

GSO’s first mezzanine fund collected $2 billion and began investing in 2007, according to Bloomberg News. The pool has generated an IRR since inception of 15.98%, according to March 31, 2011 data from CalSTRS.

News of White’s departure was first reported by PEI.