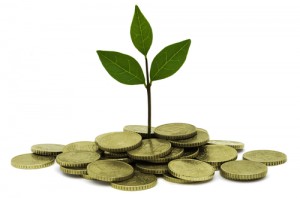 LLR was considering coming to market last December, one placement source says, and the PE firm was targeting $1 billion for its fourth fund. That obviously didn’t happen.

LLR has quickened its pace of investment recently. Yesterday, the PE firm put an undisclosed amount into Ultimus Fund Solutions, a Cincinnati-based provider of fund accounting, fund administration and distribution. LLR, last week, invested in Message Systems, of Columbia, Md., a developer of email software for marketers and big brands.

“With those recent investments they may be looking to finally launch this fall,” the source says.

The PE firm completed four exits in the second half of 2011 and the IRR for fund III has likely changed. However, it’s not clear by how much. LLR sold BrightHeart Veterinary Centers to VCA Antech in July for about $50 million. That month, LLR also sold a long-term holding, CyberShift, to SumTotal. LLR had invested in the provider of workforce management software in 2001.

In October, IMS completed its buy of SDI Health, which supplies healthcare data products, from LLR (IMS is owned by TPG). And, LLR sold Singer Equities to AEA Investors in December.

Another exit could come from Five Below, a discount chain store operator. In April, Five Below filed for an IPO that could raise as much as $150 million. LLR owns about 10% of Five Below, while Advent has about 63%.

LLR reportedly invested $18 million in Five Below in 2005 and put another $17 million in 2008. It appears to have sold much of its stake to Advent, which in 2010, acquired a majority holding in Five Below (Advent invested $192.9 million equity in the deal, SEC filings say). Five Below has paid out distributions and LLR has likely gotten more of its money back. LLR received a $9.5 million payout earlier this year, while Advent got about $62.2 million, according to SEC filings. In 2010, Five Below paid a “special dividend” to shareholders of $196.7 million, which was tied to Advent’s takeover, SEC filings say. It’s not clear how much LLR received.