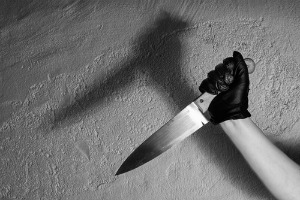 I teach entrepreneurship for ~50 student teams a year from engineering schools at Stanford, Berkeley, and Columbia. For the National Science Foundation Innovation Corps this year I’ll also teach ~150 teams led by professors who want to commercialize their inventions. Our extended teaching team includes venture capitalists with decades of experience.

The irony is that as good as some of these nascent startups are in material science, sensors, robotics, medical devices, life sciences, etc., more and more frequently VCs whose firms would have looked at these deals or invested in these sectors, are now only interested in whether it runs on a smart phone or tablet.
And who can blame them.

Facebook and Social Media
Facebook has adroitly capitalized on market forces on a scale never seen in the history of commerce. For the first time, startups can today think about a Total Available Market in the billions of users (smart phones, tablets, PC’s, etc.) and aim for hundreds of millions of customers. Second, social needs previously done face-to-face, (friends, entertainment, communication, dating, gambling, etc.) are now moving to a computing device. And those customers may be using their devices/apps continuously. This intersection of a customer base of billions of people with applications that are used/needed 24/7 never existed before.The potential revenue and profits from these users (or advertisers who want to reach them) and the speed of scale of the winning companies can be breathtaking.

The Facebook IPO has reinforced the new calculus for investors. In the past, if you were a great VC, you could make $100 million on an investment in 5-7 years. Today, social media startups can return 100’s of millions or even billions in less than 3 years. Software is truly eating the world.

If investors have a choice of investing in a blockbuster cancer drug that will pay them nothing for fifteen years or a social media application that can go big in a few years, which do you think they’re going to pick? If you’re a VC firm, you’re phasing out your life science division.

As investors funding clean tech watch the Chinese dump cheap solar cells in the U.S. and put U.S. startups out of business, do you think they’re going to continue to fund solar? And as Clean Tech VC’s have painfully learned, trying to scale Clean Tech past demonstration plants to industrial scale takes capital and time past the resources of venture capital. A new car company? It takes at least a decade and needs at least a billion dollars. Compared to IOS/Android apps, all that other stuff is hard and the returns take forever.

Instead, the investor money is moving to social media. Because of the size of the market and the nature of the applications, the returns are quick – and huge.

New VC’s, focused on both the early and late stage of social media have transformed the VC landscape. (I’m an investor in many of these venture firms.) But what’s great for making tons of money may not be the same as what’s great for innovation or for our country.

Entrepreneurial clusters like Silicon Valley (or NY, Boston, Austin, Beijing, etc.) are not just smart people and smart universities working on interesting things. If that were true we’d all still be in our parents garage or lab. Centers of innovation require investors funding smart people working on interesting things – and they invest in those they believe will make their funds the most money. And for Silicon Valley the investor flight to social media marks the beginning of the end of the era of venture capital-backed big ideas in science and technology.

Don’t Worry We Always Bounce Back
The common wisdom is that Silicon Valley has always gone through waves of innovation and each time it bounces back by reinventing itself. 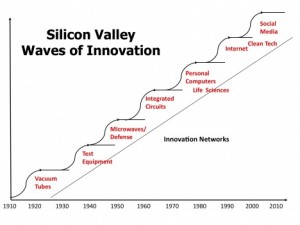 [Each of these waves of having a clean beginning and end is a simplification. But it makes the point that each wave was a new investment thesis with a new class of investors as well as startups.]

The reality is that it took venture capital almost a decade to recover from the dot-com bubble. And when it did Super Angels and new late stage investors whose focus was social media had remade the landscape, and the investing thesis of the winners had changed. This time the pot of gold of social media may permanently change that story.

What Next
It’s sobering to realize that the disruptive startups in the last few years not in social media – Tesla Motors, SpaceX, Google driverless cars, Google Glasses – were the efforts of two individuals, Elon Musk, and Sebastian Thrun (with the backing of Google.) (The smartphone and tablet computer, the other two revolutionary products were created by one visionary in one extraordinary company.)

We can hope that as the Social Media wave runs its course a new wave of innovation will follow. We can hope that some VC’s remain contrarian investors and avoid the herd. And that some of the newly monied social media entrepreneurs invest in their dreams. But if not, the long-term consequences for our national interests will be less than optimum.

For decades the unwritten manifesto for Silicon Valley VC’s has been; We choose to invest in ideas, not because they are easy, but because they are hard, because that goal will serve to organize and measure the best of our energies and skills, because that challenge is one that we are willing to accept, one we are unwilling to postpone, and one which we intend to win.

Here’s hoping that one day they will do it again.

Steve Blank initially posted this piece to his blog, peHUB is republishing his writing with his permission and opinions expressed here are entirely his own.
Image Credit: Shutterstock.com