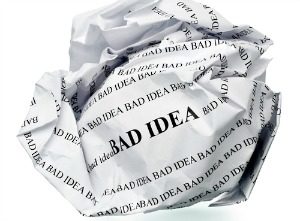 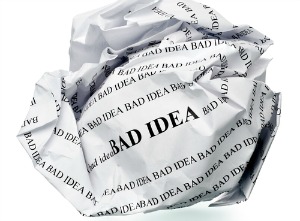 Poor David Rubenstein. He just can’t seem to get his hands on enough cash, no matter what.

His Carlyle Group’s IPO was well-received by public markets, at perhaps precisely the right time, turning this particular private equity IPO into a success story at a time when so many—even the great and powerful Henry Kravis—have only declining share prices (and probably a few ticked-off GPs and large equity holders) to show for themselves.

Were that not enough, his Carlyle Group has been on a deal spree, gobbling up properties and beefing up transactional revenue across 2012. Still, that $10 billion fundraise may not be going as planned. As of last month, Carlyle was barely a quarter of the way there.

My money, apparently. Yes, David Rubenstein is going out and telling people he’s all for smaller investors being able to access private equity. Particularly, 401(k) investors.

Here’s why it’s an awful deal for the little guys, myself included: We’re not going to get the preferred rate out of Carlyle, or anyone else. So why chip in to take less? Hub alum Dan Primack reported back in May that in its $8 billion fundraising, Bain Capital was generously offering three separate rates of management fees. If 401(k) consumers can’t get the same options, they’re basically being treated as dumb money. I wouldn’t let Bill Gross pull that on me, so why would I take it from Rubenstein or Pagliuca?

Here’s why it’s an awful deal for Rubenstein’s employees: There is only going to be one kind of small, retail investor spending for Carlyle Group—and the smart ones would probably prefer a piece of the carry. They can either buy the company’s stock, in which case they’ll likely be helping to keep the share prices of now-listed companies like Carlyle afloat, or they can spend for the 401(k) option, in which case there are fewer investors buying less stock that will be worth less—to even the GPs themselves. This, in fact, is part of the reason why this is a raw deal for Rubenstein.

But it is really an awful deal for the private equity industry at large. Last month, speaking at the Small Business Investment Alliance PE event in Boston, I argued that the market participants likely to catch the biggest break from the Jobs Act quadrupling the number of LPs they’re allowed to have are, in fact, middle market private equity firms. They not only have the capacity to manage 2,000 individuals’ accounts if they are worth a meager $100 million, but the actual need for the capital as well. The Carlyles & KKRs of the world live on another planet of tradeable debt and easily acquired leverage. They can certainly afford to do without my, or your, 401(k).

And that’s the biggest reason why Carlyle shouldn’t be getting my, your, or anyone else’s 401(k) money: lower middle market firms, realistically, will be the ones that can save their next fund while also providing their LPs universal and equal terms. In order to revive a wholly functional fund model (well, depending on who you invest with), it is the smallest shops that will need to quadruple their coffers with smaller LPs, while the large-caps can hunt down billionaires in Dubai. If your firm is big enough to regularly wrangle tradeable debt, chances are you’re not going to be hard up for that next fund anytime soon. And, if you are, well, chances are the dumb money should be steered far, far away from you, or at least until it really knows the difference between large-cap LBO shops and the lower middle market. For now, let’s just give the little guys a chance to catch up.