Don’t know about you, but I can’t wait for the long weekend. A reminder that the Wire will be off on Monday for the holiday, and back on Tuesday.

Meanwhile, we have, seemingly over night, seen an explosion of activity in the secondaries market. Activity in secondaries, like in the primary M&A side, has mostly been on pause in the downtown as buyers and sellers remain far apart on pricing.

The problem is uncertainty on private equity performance marks, which are only current as of the first quarter. This gives a view into the impacts of covid-19, but not a complete view considering the mayhem that has gone on in Q2, and those marks won’t be available until August. Transactional activity really won’t be able to make a strong comeback until the market has more visibility and certainty.

But still, there’s lot of conversations going on with “highly motivated sellers,” and GPs seeking capital for offensive and defensive purposes (to support the portfolio, or seek opportunities from the downturn). I get the sense there is a ton of pent up demand that is going to suddenly boil over as soon as someone lights the burner.

Now we have news that Ottawa Avenue Private Capital, which helps manage the fortune of the DeVos family, is getting ready to sell a portfolio of up to $1 billion of private equity interests, I write on Buyouts today. The deal will be brought to market soon with Evercore as adviser, sources told me.

The question is, why bring out a large portfolio now when pricing on secondary stakes in general is not getting above around 80 cents on the dollar, sources have told me. That’s just a function of the downturn.

But, it does depend on the individual fund in question and whether buyers would consider the GP managing that fund of high enough quality that the downturn doesn’t really factor in. Some funds are much less coronavirus-impacted (in fact some strategies have thrived in this lockdown), which gives buyers more confidence in their future performance.

That seems to be the case with this portfolio, which is concentrated in terms of GPs and includes high-quality names like Vista Equity and AEA Investors. Read my story on Buyouts for the full view.

Also …
A late-breaker from Secondaries Investor: Jonathan Costello, who led secondaries advisory at Park Hill Group, has left the firm, writes my colleague Adam Le. Costello is said to be moving to the buy side of the business. It’s not clear where he’s going, or who Park Hill is moving into that role, which is significant right now. As we discussed above, advisors are having lots of conversations with potential sellers, and with GPs interested in seeking capital, either for now or when the markets begin opening up later this year.

If you’ve heard anything on where Costello is heading or why he’s leaving, or other interesting secondaries activity, hit me up at cwitkowsky@buyoutsinsider.com.

Top Scoops
I don’t always share external work in the Wire, but I thought this story deserved a signal boost. My buddy Cezary Podkul at WSJ covers the tale of a former S&P employee who claims he was fired after giving a presentation to the Senate Banking Committee and talking about companies shopping for strong ratings on their leveraged loans. Such loans are pooled into bonds and sold to investors. The bonds are sliced up into tranches that are given ratings by agencies like S&P ranging from the riskiest to the debt most likely to get paid back. Read the story here on WSJ.

It’s all about PIPEs! Private equity firms have invested in more than 150 public companies this year so far, according to recent PitchBook data. Private investment in public equity transactions are one tool publicly traded companies are using to secure vital capital to stay afloat in the downturn, writes Karishma Vanjani on PE Hub.

Some upcoming PIPE deals include a company operating about 25 resorts in exotic destinations that wants to raise $200 million, a source told Karishma. Elsewhere, keep an eye out for an apparel retailer whose market capitalization has dropped to some $300 million, from $1.8 billion, the person added.

That’s it! Have a great long weekend! Hit me up as always with tips n’ gossip, feedback or just to chat at cwitkowsky@buyoutsinsider.com, on Twitter or find me on LinkedIn. 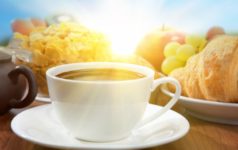 PE Deals 17 hours ago
Added to your Saved Articles
Loading
Unsave Article
Please confirm you would like to remove this article from your saved articles.
Share with other subscribers
Only logged in subscribers of this site will be able to access the shared article.