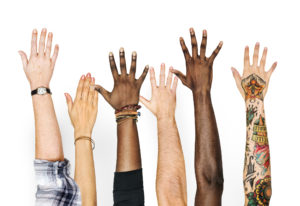 Today we’ve got some interesting SPAC news and more on diversity, equity and inclusion.
Everyone wants in: Wilbur Ross, who under former President Donald Trump served as Secretary of Commerce, is going after a piece of the SPAC market.

A regulatory filing disclosed Tuesday the vehicle will target a business that is “being transformed and disrupted by the fourth industrial revolution” – be it electric vehicles, renewable energy, automation and robotics or artificial intelligence. The blank-check company, Ross Acquisition Corp II, hopes to raise $300 million in its IPO.

Ross, who founded and led global distressed private equity firm WL Ross beginning in 2000, isn’t new to the SPAC game. In fact, WL Ross in 2016 sponsored a SPAC that ultimately bought Nexeo, a TPG-backed chemical and plastics distributor. Nexeo was taken public on the Nasdaq and subsequently purchased by Univar Solutions in March 2019.

One of three board directors also comes from the Trump administration, with Larry Kudlow, former director of the National Economic Council for Trump, on the roster, the filing says.
Ross’s senior management team includes Stephen Toy and Nadim Qureshi, co-founders and managing partners of Broadpeak Global, a private equity firm dedicated to opportunistic buyouts and special situations transactions in the global industrials, materials and chemicals sectors. Qureshi also previously served as a managing director for WL Ross.

Top of the funnel: PE firms, partly due to their size, historically have not had intense in-house training programs like those of, say, JPMorgan or Goldman Sachs. But more firms like TPG and Advent are stepping up with greater investment into efforts to widen their recruitment funnels.

“We and other firms need to break the paradigm,” says Advent’s John Maldonado, whose firm launched an internship program a few years ago, partnering with organizations including BLK Capital Management and SEO. By moving higher up in the funnel, the executive is hopeful that “someday in the future, the vast preponderance of our hires are people that we’ve already gotten to know – with a higher percentage of underrepresented minorities.”

“When you’re investing early on, you may not see for that particular cycle the immediate effects. But it’s a longer-term game,” Anna Edwin of TPG said. Check out my report on Buyouts.

On that note, a new EY reports reveals that more PE firms are making diversity and inclusion a top talent management priority while shifting away from last year’s focus on employee productivity.

Read Karishma Vanjani’s story on PE Hub for all the deets.

That’s it for today’s rundown. As always, write to me at springle@buyoutsinsider.com with any tips, feedback or just to say hello. Have a great week!