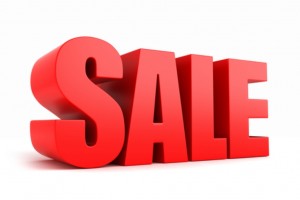 Pearson has put Mergermarket up for sale, in a deal that will likely attract both private equity and strategics.

Mergermarket provides M&A data to investment banks, law firms and private equity firms. Pearson has hired J.P. Morgan Cazenove to advise on the auction. “This process is at an early stage and there is no certainty that it will lead to a transaction,” Pearson said in a statement.

Mergermarket could sell for 2.5 to 3 times revenue or about $450 million, a banking source says.

Pearson acquired Mergermarket in 2006 for $192 million, the New York Times reported. Mergermarket started out as a direct competitor to The Deal, which was sold last year to The Street for a meager $5.8 million. This week, Spear Point Buyout Group, a 7-month old PE firm, urged The Street to hire a financial advisor and seek out alternatives, including a sale.

The Street, if it does go up for sale, will likely have a hard time finding a buyer, because the company doesn’t make money, the banker says. The Street has a $67 million market cap and about $50 million in cash. “They should take that $50 million and build out the business,” the source says.

In contrast, the much bigger Mergermarket, which has about 400 journalists spread through 67 locations, is profitable. But it’s not clear how profitable. Mergermarket produces annual sales of about 100 million pounds ($153 million), Reuters says.

The company will likely get sold but it’s not clear whether it will be at a premium, sources say. “Something like Mergermarket with its scale, size and subscription business model, wouldn’t get created today,” the banking source says. “People are not willing to put the investment in to create such a model.”

Private equity interest could come from General Atlantic, Silver Lake, Bridgepoint, Hellman and Friedman, Warburg Pincus, CVC, KKR and Apax Partners, Reuters says. On the strategic side, Bloomberg News and Thomson Reuters could also be in play. (Thomson Reuters is the publisher of peHUB.)

McGraw Hill Financial, which tried to buy Mergermarket in 2006 but lost, could still be interested, Reuters says. Dow Jones could be involved as well as Hachette, the second banking source says.

Reuters or Bloomberg are the most logical buyers, sources say. Either could “very significantly reduce” Mergermarket’s operating and data costs, a private equity exec says. Mergermarket, however, is a direct competitor to both Reuters and Bloomberg. As such, they may think there’s not much Mergermarket can do “that they don’t already do” themselves, the PE source says

“There is probably not much concern that it ends up in someone else’s hands,” the PE source says.