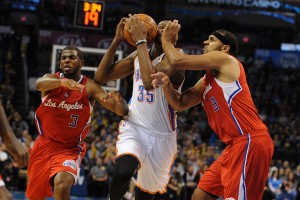 The expected sale of the Los Angeles Clippers basketball team is drawing interest from billionaires such as Oprah Winfrey and media mogul David Geffen.

There has been scant interest from private equity types: Ron Burkle, the founder of investment firm Yucaipa Companies, is reportedly interested in the Clippers (Burkle is co-owner of the Pittsburgh Penguins of the NHL), as well as athlete-turned-entrepreneur Magic Johnson, who is backed by Guggenheim Partners, the financial services firm that led a buyout of the Los Angeles Dodgers in 2012 for $2.1 billion.

The last hot sports auction was the Dodgers sale two years ago. Private equity firms such as KKR, Thomas H. Lee Partners and Providence Equity Partners were involved in the bidding for the Dodgers (the Blackstone Group even advised the baseball team in the sale).

The L.A. Clippers auction hasn’t started, but PE doesn’t seem very enthusiastic about a deal. Why? Sports teams are not a suitable investment for PE funds, several GP and LP sources said. The value of sports teams go up “from time to time,” which doesn’t fit in with the three to five year time frame of a PE fund, persons said.

Sports teams usually don’t have “real cash flow,” sources said. Then there is all the drama and distraction associated with owning a team, GPs said.

Still, sports deals can be lucrative. Providence Equity Partners, the media-focused PE firm, along with Goldman Sachs, invested in the YES Network in 2001. They sold it in 2012 to News Corp. Providence, along with Goldman, made about 4.5x – 5x their money with the sale of YES, peHUB has reported.

Several sources pointed out that PE investments in sports teams pose a conflict of interest, sources said. “As a fan, you want to spend as much money as possible to get the best players to win,” an LP said. “As a businessman, you want to maximize profits.”

Michael LaSalle, a partner at Shamrock Capital Advisors, said in an emailed response to questions that there is pressure to win with a sports team. This may or may not run counter to PE’s typical endgame: increasing profitability. “That’s why we invested in the Harlem Globetrotters eight years ago — many of the economic benefits of owning a sports team, but we knew we’d win every night!”

One of the bigger obstacles to investing in a sports team is LPs. Investors will get upset with such deals if they are outside the fund’s investment strategy, sources said. They will also question the firm’s motivation for buying a sports team, a GP said.

Investments in sports teams are generally considered “trophy buys” or vanity plays, sources said. Typically these deals are the domain of individual PE or hedge fund executives who put their own money into a franchise. For example, David Blitzer and Joshua Harris completed the purchase of the New Jersey Devils hockey team last year. Blitzer is a senior MD at Blackstone Group, while Harris is co-founder of Apollo Global Management.

Executives invest in teams “so they can sit next to the court, in the dugout and be the jock that, in the majority of cases, they never were,” a different LP said.