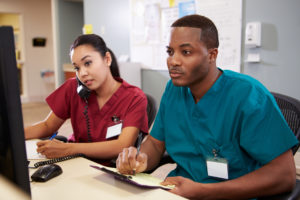 Energy transition. Will this be the year that private equity firms get back into the oil and gas game? That’s a question PE Hub reporter Obey Martin Manayiti has been asking for the last several weeks. If the answer is yes, PE firms say they’ll do it in a more environmentally responsible way than in the past.

An encouraging sign for those interested in investing in traditional energy came on April 15, when the US Department of the Interior said it would resume selling leases to drill for oil and gas on federal lands. “For too long, the federal oil and gas leasing programs have prioritized the wants of extractive industries above local communities, the natural environment, the impact on our air and water, the needs of Tribal Nations, and, moreover, other uses of our shared public lands,” said Secretary Deb Haaland when the announcement was made. “Today, we begin to reset how and what we consider to be the highest and best use of Americans’ resources for the benefit of all current and future generations.”

Another driving force is the rising price of oil. Prices have been elevated since the start of the year, hovering above $100 per barrel, due in part to the lack of Russia as a viable source for many countries since its invasion of Ukraine.

There are murmurings of looming big PE deals coming, such as Reuters’ report of a potential sale of Serafina Energy, one of North America’s biggest oil producers, by its PE owners Pine Brook Partners and Camcor Partners. (Emails to Serafina, Pine Brook and Camcor seeking comment were not returned.)

Traditional energy sources like gas will help promote the growth of renewables, argues Todd Bright, co-head of private infrastructure, Partners Group. While “the train has already left the station when it comes to oil fired power or coal fired power,” there are more opportunities for investments that will promote sustainable drilling and technologies that can minimize emissions in the fight against climate change, Bright said.

“At this point the players who have decided to avoid the oil and gas sector will be replaced by players who recognize and accept the reality that oil and gas is a necessity during the energy transition, and they will be willing to deploy capital for oil field services and allow companies and producers to continue to produce until we wind up completely off oil and gas decades from now,” said Jay Moody, managing director, Alvarez & Marsal’s Transaction Advisory Group.

For more on energy investing, see Obey’s interviews with Waterous Energy Fund founder and CEO Adam Waterous here and Kimmeridge co-founder Ben Dell here. Obey is continuing to interview PE sources on energy transition. Look for more stories from in the future. And you can email him at obey.m@peimedia.com.

Vivian Health, which provides a jobs marketplace for healthcare professionals, announced a $60 million primary and secondary equity investment led by Thoma Bravo with participation from IAC and Collaborative Fund. The new capital will be used to accelerate Vivian’s rapid growth and further its scale among healthcare clinicians and employers, as well as to support future M&A initiatives.

The U.S. healthcare industry is on track to be more than three million workers short by 2026, according to Vivian. Through its jobs marketplace, Vivian aims to provide employers with a fast and effective way to fill a variety of healthcare jobs, including permanent roles, per-diem shifts, local contracts, and travel positions. Vivian has seen significant adoption among healthcare professionals, with over 700,000 registered clinicians using the job marketplace.

Since being acquired by IAC in 2019, Vivian has grown revenue by more than 45x and has facilitated more than 3 million job applications to date.

“Vivian’s solution has seen incredible organic growth and traction with both clinicians and employers in a short time, which speaks to the value of its data-driven approach as a differentiator in this market,” said Christine Kang, a principal at Thoma Bravo, who will join the Vivian board of directors. “Vivian is redefining the way healthcare professionals find work at a critical juncture for America’s healthcare system.”

“One of the most critical nationwide challenges we will face in the coming years will be the shortage of experienced healthcare providers, and we are doing everything we can to be part of the solution,” said Bart Valdez, CEO of Ingenovis Health. “By adding Vista to the Ingenovis Health family, we expand our ability to offer comprehensive solutions and provide critically needed physicians and advanced practitioners to a broader market of clients nationwide. “

Continuation pool. “Big GP-led continuation fund deals continue to hit the market, despite market turmoil that was expected to slow down everything from traditional M&A to LP portfolio sales,” write Chris Witkowsky and Rod James on Buyouts.

“The market is watching one potential deal closely for what would be its size and unique structure. Clearlake Capital and Insight Partners are considering a process that would move two assets – Diligent and Appriss – out of older funds and into a continuation pool for more time and capital to grow the businesses. The firms are working with Evercore on structuring a potential transaction. The deal would be an example of the kind of processes of scale that more in-demand GPs are using to extend their holds over certain assets for which they see more future growth. Many managers have concluded they don’t want to lose out on future growth of assets they’ve developed over a number of years, and continuation funds provide a structure to make that happen.”